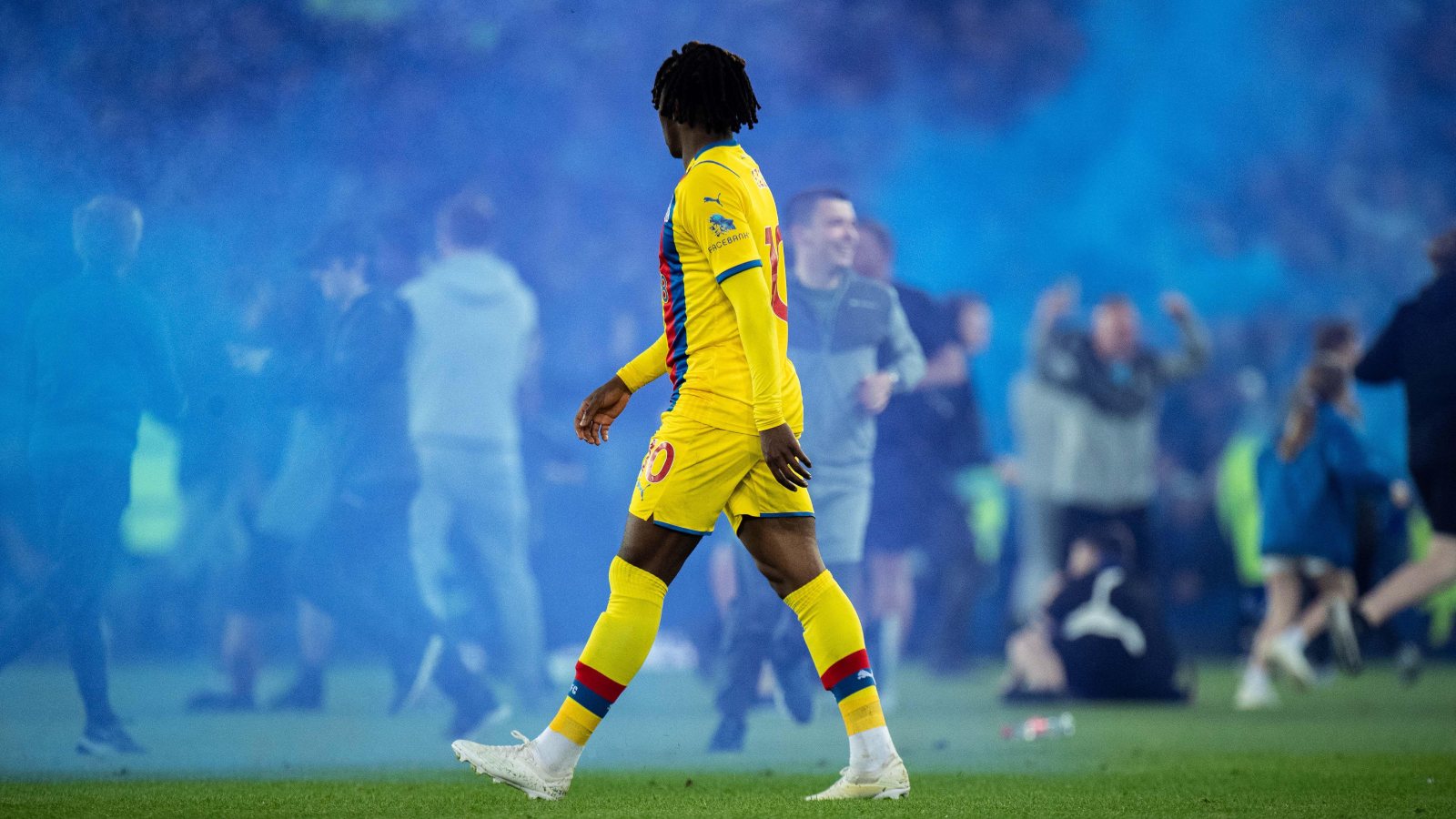 Pitch invasions are the bane of football (this week) so how do we stop it happening without being draconian? Trust the majority…

Barely a flick of a remote or a passing of a builder’s radio would have gone by in the past few days without the phrase ‘pitch invasion’ being emblazoned on TV tickers or blaring out from speakers regarding football’s latest moral panic.

Yes, a few people have gone on pitches towards the end of the season and yes, a few prize prats have assaulted players and now there’s a media frenzy on how to deal with the current fad for dafties running around playing surfaces.

Want to just get back to the football? Here’s how.

1) Change the language
Let’s look at the loaded language of pitch ‘invasions’. These weren’t invasions per se; they were mainly on-pitch celebrations where the vast majority of supporters were living the culmination of long, hard-fought seasons.

The media loves to play on the emotions of football fans when their behaviour is commercially acceptable but when they act with real emotion, that’s not on.

‘Pitch incursions’, ‘pitch celebrations’, call them what you will but let’s vary the language and try and come at things from an angle of understanding rather than demonisation.

2) Embrace fan culture, don’t sanitise
On a sociological level, what we might be seeing is a pushing-back by fans who have sat, mainly quietly, through a long period of sanitisation of the sport since the Premier League’s creation in 1992.

From all-seater stadia, to an overt concentration on commercialism, English football – known for its terrace culture – has become predictable and downright dull and fans are looking more at what they actually want from going to games.

So further draconian measures and more sanitisation of the product won’t work. The absolute best thing for the sport, and this was preached by the late supporter leader Brian Lomax, is to democratically include supporters in the running of the game at all levels.

We need to accept that smoke-coloured mass celebrations are here to stay and, on the whole, are nothing to be frightened about.

3) Progressive policing works
The usual knee-jerk responses to pitch incursions are doing the rounds, including rapid response sprint stewards in football boots, so come out of retirement Kriss Akabusi and get down Port Vale.

Looks as if the questions at interviews for football Matchday stewards will include “What’s your fastest 100 metre time” https://t.co/zSfxy78xxu

In all seriousness, reasoned policing works and has transformed the game since the days when football grounds were commonly unsafe, virtually encouraging recreational violence.

Football banning orders work, convictions work and so does naming and shaming the donuts who ruin it for everyone else.

A campaign along the lines of the highly successful ‘Kick It Out’, which points out how naff going on in the playing surface is during the regular season could be beneficial. Play to fans’ intelligence rather than tarring us all as potential dangers.

4) Look at the bigger picture of corporate football
Of course, fans haven’t only been ramping up on-pitch demonstrations and smoke-filled processions in celebration; they’ve also been used as relevant tools of protest, as seen at Old Trafford against the Glazers and in reaction to the Euro Super League.

It does beg the question whether corporate interests in football and the other hangers-on that leech off the game are more concerned about the people who assault (useful idiots) or the swathes or fans apparently no longer content to sit down, shut up and pay their money in a contained way?

Keep an eye on the sensationalised ‘the fans are on the pitch’ trope being used to dilute such truly important legislation as Tracy Crouch’s Fan Led Review and the roll-out of safe standing.

5) Be reasonable
The likelihood is that the pitch ‘invasion’ hysteria will have died down by next season and to lean on that old cliche, it won’t happen on a cold Tuesday night in Stoke. And not just because Stoke have nothing to celebrate.

We can’t forget fans’ ability to self-police, which is an underrated feature of terraces going back decades, when huge numbers of fans enjoyed the sport despite challenges with underinvestment in facilities.

It won’t take long for supporters to see a tipping point has been reached and to keep off the pitch so that the game they pay through the nose to watch, actually takes place.

Football supporters, by and large, are an absolute credit to the sport and indeed there would not be a professional game without them. Let’s not lose sight of that.

So, deal with the divs, accept that football may not be the sanitised sport it has been and let’s get back to the real deal of watching our forwards shin it over the bar.