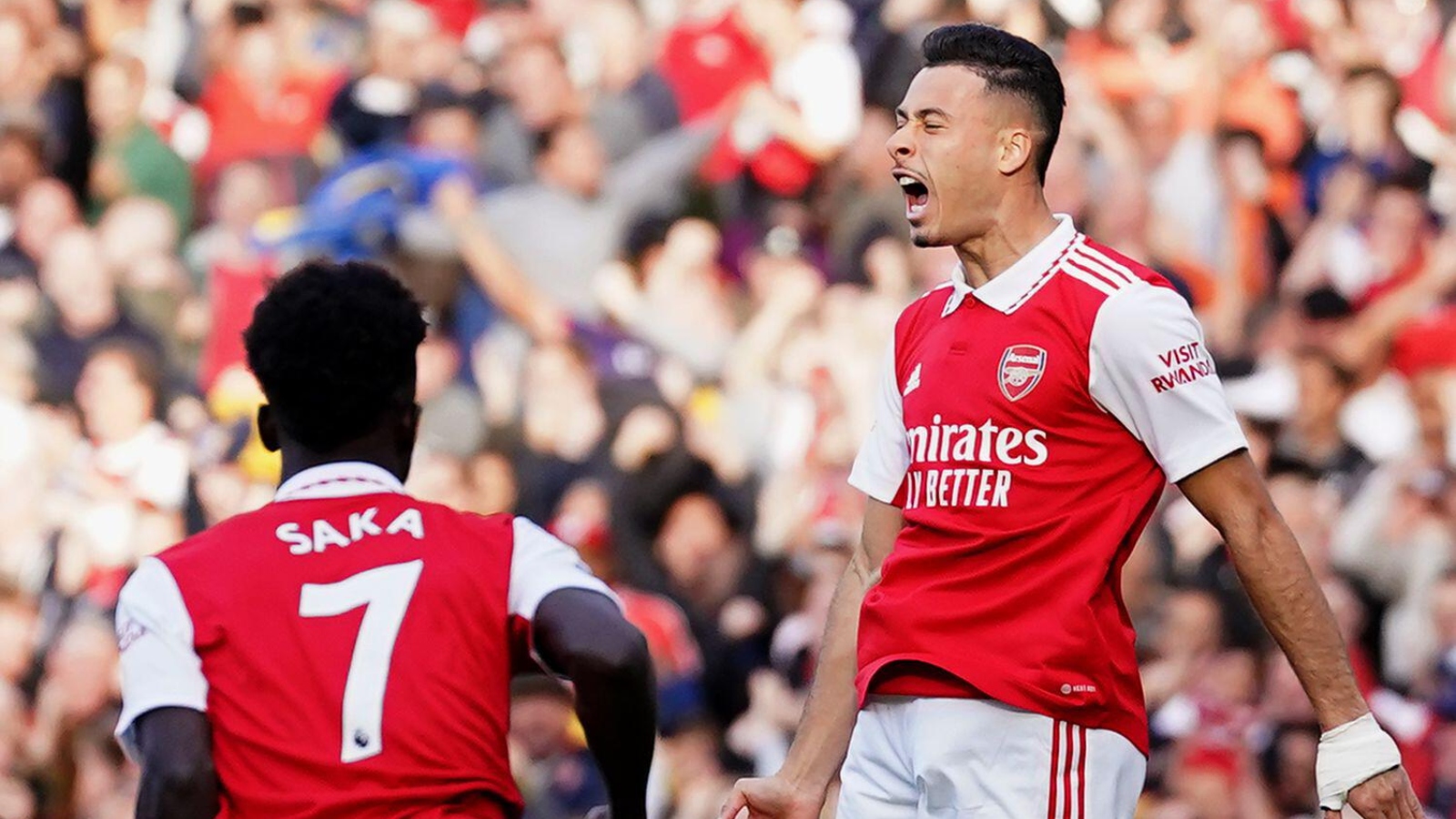 Gabriel Martinelli has eased nerves over his contract situation by saying he ‘wants to stay’ at Arsenal.

The 21-year-old has high hopes of making Brazil’s World Cup squad but has some stern competition in his position.

He is doing everything right to be on the plane to Qatar and his performance against Liverpool was another symbol of his meteoric rise.

Martinelli was signed for around £6million from Brazilian club Ituano back in 2019 and is now a mainstay in Mikel Arteta’s starting XI after initially struggling for consistent minutes under the Spaniard.

It has been a brilliant start to the season for Arsenal and Martinelli.

The Gunners are currently top of the Premier League with eight wins from their opening nine fixtures.

The club’s decision to stick by Mikel Arteta is proving to be one of the best they have choices made in a long, long time.

Arteta does have a bit of a sticky situation to deal with, however.

Martinelli, Bukayo Saka and William Saliba are all out of contract in 2024 and the club’s supporters are sweating over their futures.

The Brazilian’s situation is less pressing as there is an option to extend his deal by a further year.

However, renewing his contract, as well as Saka and Saliba’s, is a huge priority for Arsenal.

Saka has previously said that he is confident he will agree new terms, while Saliba’s situation is a little tenser.

Thankfully for the Arsenal fan base, Martinelli has come out and said that he does not want to leave the club and that talks are ongoing.

“Of course, I want to stay,” said Martinelli.

“We are talking. Let’s see what is going to happen, but I want to stay, of course.”

Martinelli is full of confidence having netted four goals and provided two assists in nine Premier League appearances in 2022-23.

“I think it’s my best season here at Arsenal,” he added. “I’m so happy for this moment.

“I think Arsenal is a big club and we have a lot of good players.

“I think you guys can see from the outside our hunger and our mentality. We want to win every single game and I think everyone can see that.

“I’m so happy [to beat Liverpool], a great game and a great win. I think we deserved the three points.

“It was amazing [in the dressing room at full-time]. Everyone was hugging each other. Everyone knew that it was going to be a tough game and, as I said, I think we deserved that [win].”

On potentially winning the league this season, Martinelli said: “Of course we dream about it, but we leave that [talk] to the fans. We only think about the next game & trying to win.”