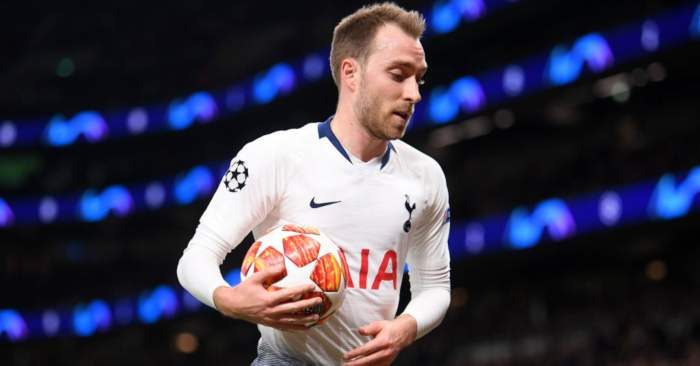 Christian Eriksen ‘packed up his north London house’ even before a disappointing performance in the Champions League final.

Eriksen was notably off the pace at the start of the month as Tottenham were beaten 2-0 by Liverpool in Madrid.

He certainly looked like a player whose mind was elsewhere, which was seemingly confirmed when he publicly stated his desire to leave less than a week later.

Real Madrid seemed his most likely destination at one point, but Zinedine Zidane’s side have since turned their attentions to Paul Pogba.

The Daily Mirror suggest Manchester United and Juventus are the only two teams in the reckoning to sign the Dane, who made preparations to leave before the final.

‘The Denmark ace was so sure of leaving Tottenham for La Liga, he packed up his north London house BEFORE the Champions League Final,’ Steve Brenner writes.

It is pretty much time for Tottenham to cash in.