Home Barnsley Wanted: The next generation of football fans 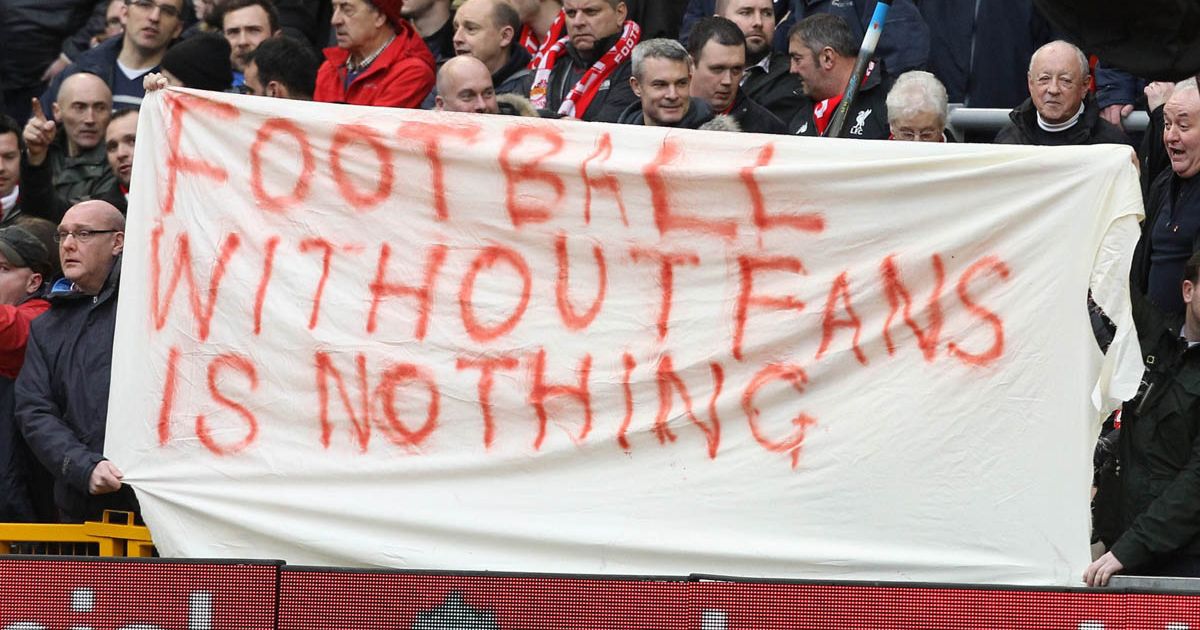 The average age of match-going football supporters has increased dramatically over the last 50 years; that is undeniable. In his magnificent state-of-the-nation book And The Sun Shines Now, Adrian Tempany reports that the age of an average fan in the Stretford End at Old Trafford rose from 17 in 1968 to 40 in 2008. At St James’ Park, the average age rose from 35 to 45 in a decade. Same old faces; no new faces.

It hardly takes a detective to diagnose the reason for that shift. The Guardian’s David Conn identified in 2011 that, while inflation in the UK over the previous 20 years was 77 per cent, the price of watching football at the highest level had increased extraordinarily. Every club is guilty because the game itself is guilty, but let’s look at one example. The cheapest season ticket at Anfield, in a largely working-class area, increased by 1,108 per cent between 1990 and 2011. The deliberate gentrification of English football, spelled out in one statistic.

The rise in ticket prices is the headline news and it has created a national crisis. As part of their Price of Football survey in 2017, BBC Sport interviewed 1,000 supporters aged between 18 and 24. Over 80 per cent of them said that the price of tickets was a barrier to them attending matches.

When you ingest football outside of a stadium, it becomes a different product entirely. Even the football obsessive changes, defined not by the number of matches attended but the hours spent in front of a television. For the cost of attending 90 minutes of Championship football, you can have a monthly subscription that allows you to watch more than 20 games a week.

This might not seem like it matters, but it does. When the television is your pitch, you are far less likely to form a bond with your local club and more likely to idolise the game’s best teams and players, their brilliance hammered home in a manner approaching propaganda.

Can you blame them? Why would you invest in loyalty to a football club that happens to be ten miles from your home when they have actively priced you out of the market?

Take Hull City, a club with enough cracks in the fan-club dynamic to merit its own book. Hull implement a ticketing policy that fails to offer any concessions for individual matches to children or senior citizens. They do offer a short window for buying concessionary tickets in the small ‘family zone’ of the stadium, but otherwise only have a flat rate. Tickets for one adult and two small children for the home game against Barnsley on Tuesday evening started at £54 and went up to £81. This was 20th vs 21st in the division.

Take Chelsea, whose junior season tickets start at £285 in the family area and rise to £485. Take Mansfield Town, who charge a seven-year-old £14 to watch League Two football. Take Leeds United, whose match-day prices for 17-year-olds range from £26 to £34 depending on the opposition. Take almost every club in the top two divisions, for whom ticketing revenue is a decreasing percentage of their overall income. According to Deloitte, the proportion of clubs’ annual revenues coming from match-day ticket sales fell dramatically in a decade, from 29 per cent in 2007-08 to 15 per cent in 2017-18.

This week, Nottingham Forest announced plans for a new pricing structure for season tickets. Under 11s will pay just £10 when accompanied by an adult, while season tickets are available at £50 for those aged between 12 and 17 and £100 for the 18-23 age bracket. Forest have got more wrong than right on and off the field over the last decade, but this is, finally, a welcome move. On this pricing structure, a child could feasibly watch 20 years of football for £980.

The £100 season ticket for young adults is most interesting. It is at this age that many move away from the weekly pilgrimage to their football club. The price hike from junior concessions arrives at the same time as you are typically having to be more financially independent, budgeting and prioritising while spending more on your social life.

If there is a choice between paying £500 on 19 home games (half of which may be televised) or spending that £26 on beer with your mates, it isn’t hard to see why the Football Supporters’ Federation have spotted the pattern of fans dropping out at this age. They may return when older and more affluent, but it is a risk. By then, those supporters may have been indoctrinated into football as pure televisual entertainment.

Forest are not unique. Bradford City and Huddersfield Town are two clubs who set the price of adult season tickets below £200 in order to improve attendances and have been successful in doing so. But this specifically youth-focused initiative is unusual.

There will inevitably be negative comments from rival football fans about Forest bringing in this new pricing structure purely to fill empty seats, although it’s worth pointing out that the average attendance this season is – at the time of writing – the highest since 1996/97. There will also be those who view this as a cynical move to generate indirect revenue from merchandising and refreshments in the ground.

But so what? This is a positive move for all. A club may forego a small percentage of ticketing revenue in the short term but gain a supporter in the longer term, who may indeed buy merchandise and then continue to buy tickets after passing the discounted age.

The club wins, but so does the community. As Manchester City captain Vincent Kompany said last month:”Winning more football matches would be far more beneficial than actually putting up the prices and therefore leaving some of those people from the right communities out of the stadium. They are the people who care.”

More importantly, the average age of the match-going supporter will decrease, potentially creating the next generation of fans. A club will have a greater bond with young people in the local area, having ignored them for too long. This is their future.

This is the future, too. Ticket pricing and the ‘next generation’ vacuum is not a matter of tribalism; it runs deeper than that. Make this a club issue rather than a football issue, and the demands and interests of supporters are diluted.

No club in the top two divisions of English football has any excuse not to implement a season ticket pricing structure identical to Forest’s. The only argument against it is rampant greed.