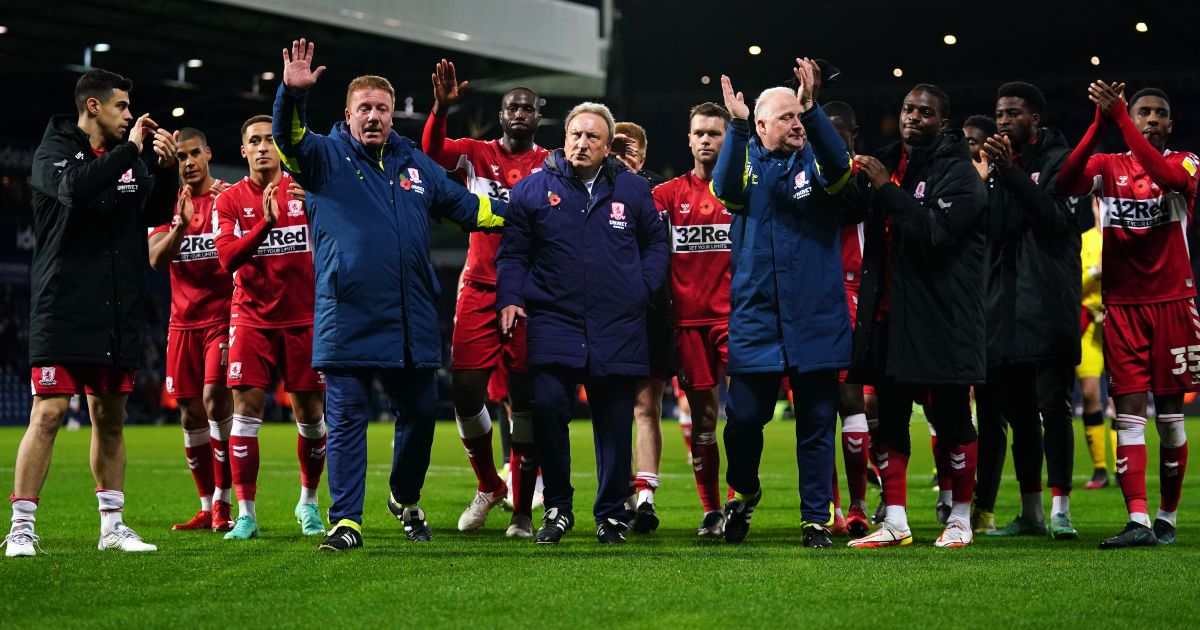 Neil Warnock reckons the defenders he had during his time at Middlesbrough were better “by a mile” than the current Spurs centre-backs.

Tottenham lost their third game on the bounce in the Premier League as they were soundly beaten 2-0 at home to Wolves on Sunday.

The defeat saw Spurs drop down to eighth in the standings with Bruno Lage’s men leapfrogging them into seventh.

Conte has made his point over Spurs. Now it’s time to fix them…

Antonio Conte’s men still have games in hand on some of the teams above them but they are now five points off fourth-placed West Ham, who occupy the final Champions League spot.

The Spurs defence has come under particular scutiny in recent weeks with Jermaine Jenas picking out Davinson Sanchez for criticism yesterday.

And former Sheffield United boss Warnock – who was in charge of Middlesbrough earlier in the season – thinks some of his former players at the Riverside are miles better than the ones at Tottenham.

Warnock told talkSPORT: “I don’t think he [Antonio Conte] realised how difficult this job is. For the last two or three years, I’ve never thought any of the centre-halves are any good.

Meanwhile, former Spurs midfielder Jamie O’Hara thinks Tottenham have got to stop conceding “cheap goals every week” if they are going to climb the league.

O’Hara said: “We have the manager, but we need him to get the players believing they can keep clean sheets. That was one thing about Conte’s sides, they kept clean sheets. When he first came in, all of a sudden, we shored things up at the back.

“It’s so frustrating. James Ward-Prowse against Southampton, he put two unbelievable balls into the box, but get tight! Stop crosses!

“Yesterday was the same, Wolves shooting at will. Get out to it! Ben Davies turns his back four or five times when Wolves were attacking.

“John Terry would watch that game and think, ‘Oh my Lord, what is this?’ That man would’ve put his head on the chopping block to stop the ball going in his net.

“Wolves keep clean sheets this season and they’ve been excellent at it. Every player is organised and they will die for the team.

“Conor Coady, in the heart of that defence, is an outstandig leader and he will do anything to keep the ball out of his net.

“Spurs? Have a shot, bend one into the six-yard box, it doesn’t matter, we’ll deal with it. No! Stop shots at source, stop letting the ball into your box so easily.

“You can’t expect to get results when you concede cheap goals every week. This is Tottenham. Come on.”