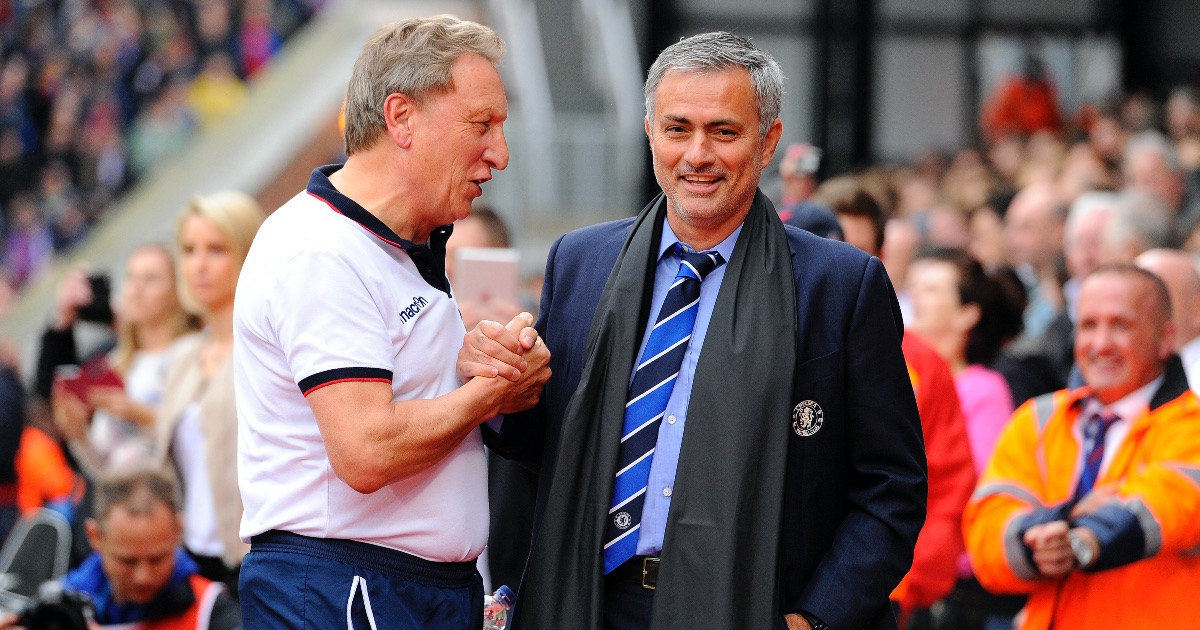 Neil Warnock has opened up on his long-term relationship with Tottenham manager Jose Mourinho.

The duo have met on a number of occasions in the Premier League with different teams and have formed a friendship that goes beyond touchling formalities.

Warnock – now in charge of Championship side Middlesbrough – was asked about Mourinho in his press conference ahead of his side’s clash against Bournemouth on Friday.

And he revealed that he is not the only member of his family to hold the Portguese boss in the highest of regards.

“I had two wonderful photographs sent to me and my wife Sharon and me and Jose,” Warnock. “She loved Jose.

“On the letter it said ‘Dear Sharon, please find enclosed two photographs of your two favourite handsome men.’ It was me and Jose. I thought she might have just crossed me out with a pen because he’s a good looking lad isn’t he.

“He might not be everybody’s cup of tea, but have a look at what he’s won. I’ve got a lot of time for him. He always texts me two or three times a year and I do the same. You just admire people like that.”

Warnock moved to defend Mourinho when he was in charge of Cardiff as the then-United boss smashed a bottle on touchline while celebrating a goal for his side.

“Oh I loved it, me, I thought it were brilliant,” Warnock told talkSPORT.

“He was just showing passion and that he cares. Listen, I’ve been a pundit I’ve been in the studio and you say what you want to say.

“But let me tell you, it’s so different when you’re on that touchline and you’ve got to make the decisions.

“It’s so easy to criticise and get on the managers’ back.”

Mourinho is under pressure at Spurs despite reports claiming Daniel Levy is set to give him ‘another year’ at the helm ‘regardless’ of what they achieve.