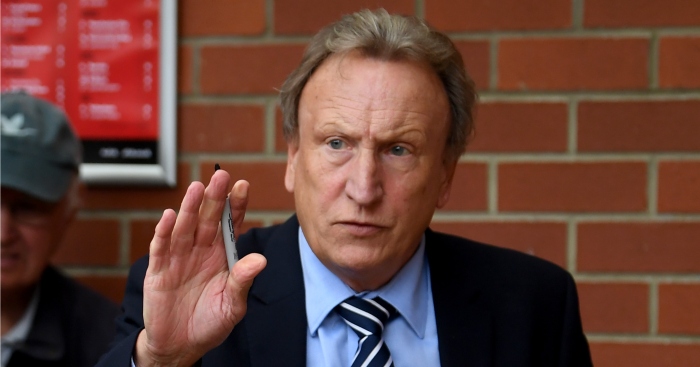 Neil Warnock says he detests the way Fulham handled the simultaneous sacking of Slavisa Jokanovic and appointment of Claudio Ranieri.

Fulham chairman Shahid Khan announced on the club’s website last week that Jokanovic had been sacked and replaced by Ranieri, who memorably led Leicester to the Premier League title in 2016.

Khan said Fulham had spoken with several potential candidates before choosing Ranieri to replace Jokanovic, who led the Cottagers to promotion last season but are now bottom of the Premier League after winning only once in 12 games.

“I was obviously disappointed in Slavisa losing his job. It’s football, isn’t it?” Warnock said.

“But it does leave a bitter taste in my mouth when a manager gets appointed five minutes after they’ve sacked somebody and he talks about how they’ve been talking to the club for a few days or weeks.

“That is football, I’m afraid. It’s a horrible industry. That is the one part of football that I detest.”

Ranieri takes charge of Fulham for the first time on Saturday with relegation rivals Southampton the visitors to Craven Cottage.

Cardiff are also in the bottom three and, asked if the League Managers’ Association could have any input on preventing the Fulham scenario happening again, Warnock replied: “We all know that we’re going to get the sack at some stage.

“I don’t think the LMA have really got any input into that.

“Owners just do what they want. They’re not really bothered about the LMA.

“We all know that is the industry. All of the managers down the bottom end know that it could be around the corner.”

Warnock said last month it was difficult to take when out-of-work managers have turned up at games during difficult times in his managerial career.

And he said Cardiff’s owner Vincent Tan has told him this season that others have touted for his job.

“Vincent tells me every time I see him, how many agents and managers are ringing him up telling him to sack me and bring this or that manager in,” Warnock said.

“They’re all great managers and when I do eventually leave it will be interesting to see how the club moves forward.

“Owners take a lot of influence from outside information.

“When things aren’t going well they tend to listen more than they would do normally.

“It’s quite easy to lose faith and to think that the grass on the other side is greener.”