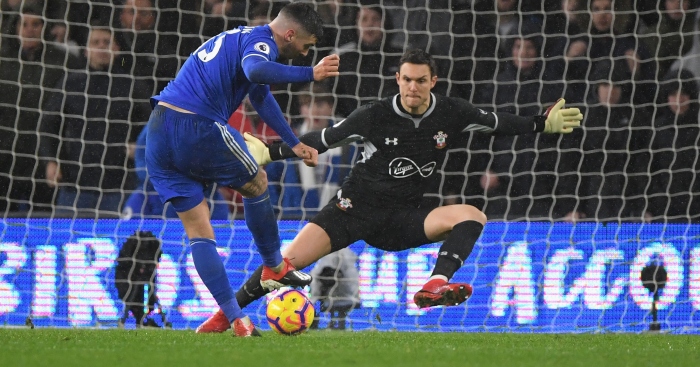 Cardiff have now won four of their last five home games after being written off by many at the start of the season.

The Bluebirds were again indebted to Callum Paterson, the makeshift striker who plays right-back for Scotland, after his fourth goal of the season.

“You only have to look at the statistics for the lad, he can do anything and play in any position,” said Warnock.

“In the old days, we used to talk about players running through brick walls. If I asked him to do that he probably would.

“On another day we probably would have scored two or three goals, but it was not to be.”

Warnock also reserved praise for referee Jon Moss, who played a crucial advantage in the build-up to Paterson’s goal.

Cardiff midfielder Victor Camarasa had been fouled by his fellow Spaniard Oriol Romeu near the halfway line, but Moss allowed the game to continue.

“You know me, I’m sometimes critical of referees,” Warnock said.

“But I have to pay credit to Jon Moss. I don’t think any other ref would have played that advantage for us for the goal. It was a fantastic decision and I’ve got to say a big thank you.

“It’s great to be sat here now with another three points.”