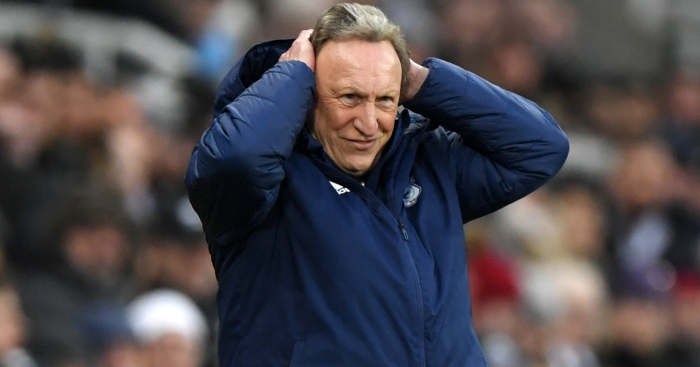 Cardiff manager Neil Warnock has revealed he has held frank talks with his players after heavy home defeats to Watford and Everton, and told them to “look in the mirror”.

Cardiff have dropped into the Premier League relegation zone with 10 games left to play after losing 5-1 to Watford and 3-0 to Everton.

“I had a chat with them all and put my point of view forward about the remainder of the season,” Warnock said ahead of Saturday’s visit to Wolves.

“After that they had a meeting of their own and I was quite pleased about that.

“There’s a few lads who know they’ve under-performed and they’ll be desperate to put it right.

“I haven’t got many lads who don’t want to be in the trenches with me.

“I’ve got a couple of lads who don’t have enough belief in themselves.

“That can come back in the space of half an hour.

“They’ve got to realise they can play an important part and get their confidence back.”