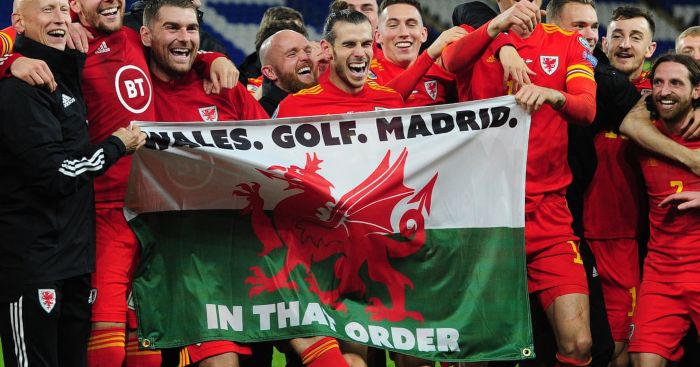 It feels as though Gareth Bale has been denying he’ll leave Real Madrid ever since he arrived in 2013. Despite being at the Santiago Bernabéu for six years, he has never truly felt at home or been entirely comfortable.

It seems absolutely crazy considering the fanfare that met his then-world-record £85million switch from Tottenham Hotspur and what he has achieved at the club, but signing for Real Madrid is like nothing anyone else can understand. No matter who you are, you have to prove yourself; there is absolutely no prior credit for past achievements and, as the Bale case proves, if you don’t behave like a Madrid player, you’ll likely never be accepted.

That is where the key to being viewed as a legend at that club lies: performances on the pitch, while everything else at most others, in England particularly, is just a piece of the puzzle. Players have to buy into Real before they buy into them. That means adapting to the lifestyle and proving a marketable figure immediately, while also juggling form and confidence.

It is a whirlwind of pressure that only a certain type of player can deal with. While Cristiano Ronaldo, who has put himself under similar strain throughout his entire career, thrived in the Spanish capital as a model professional in the eyes of the board and the fans, Bale has struggled most of the time. Despite scoring crucial goals and helping win four Champions League titles and a La Liga crown, the Welshman has always seemed like an outsider and a pariah.

Everything came to a head on Tuesday night when, after helping Wales qualify for Euro 2020, Bale was photographed holding a banner donning the words ‘Wales. Golf. Madrid.’ in direct reference to his supposed priorities. The Spanish media, who have never really been on his side, have accused him of finding more time for his favourite hobby and his country, despite being injured and not playing for Real in over a month. The front cover of sports newspaper AS saw a picture of Bale in Golf gear next to the words ‘Triple Bogey’. It is fair to say that returning to fitness in time for the international break has been viewed as convenient back in Spain, too.

There are two sides to every story. Bale has not acted particularly professionally during this saga, admitting he finds the headlines and songs sung by Wales fans amusing. Perhaps he hasn’t immersed himself into Spanish culture enough either. He doesn’t speak the language publicly and a number of his club mates, most notably Thibaut Courtois, have admitted he tends to eat much earlier than the rest of the squad. Eating late at night is a hallmark of Spanish culture; there is no denying he could do more.

From his point of view, though, he has never truly been made welcome. Putting aside the fact he isn’t even remotely appreciated for a cup final wonder strike against Barcelona in his first season, or his three Champions League final goals, Bale has been hung out to dry for a while now. Booed and whistled by fans who will scrutinise every mistake while ignoring the bigger picture, he has been on a collision course with boss Zinedine Zidane ever since his first spell as manager.

After returning last season to oversee a much-needed transition, Zidane didn’t hide the fact he wanted to see the back of Bale. A move to China was even mentioned, but it failed to materialise. Now it feels as though the Welshman is fed up with the disrespect and is losing the will to care because nothing he can do is right.

That simply isn’t the way Real Madrid works: whatever external opinions may be, you should be grateful to be in that environment.

It needs to be remembered why he was targeted back in 2013, at the peak of his powers. He’d just top scored for Spurs from midfield under Andre Villas-Boas and was earmarked as Ronaldo’s heir, but the Portuguese superstar’s own longevity meant that never really happened. Right now, there is a Ronaldo vacuum in the team, and while Karim Benzema is taking his opportunity, despite also enduring abuse over the years, Bale has grown tired of giving everything and getting very little in return.

Critics will use Benzema’s resurgence against Bale, as well as the fact he is incredibly well paid, reportedly earning over £600,000-per-week. But it is hard not to sympathise with him over the apparent hypocrisy of the Spanish press and Madrid fans, who have repeatedly dragged him through the mud and reacted in shock horror that he has the audacity to have a go in the other direction. Real have to be seen to make an example, with early suggestions that Zidane could make him train alone. But they have plated him up and fed him to the wolves.

Any one of his achievements should make him a hero, but the apathetic view of him shows Real in the most negative light. Success is expected, the minimum requirement, and never strived for. Bale has overstayed his welcome, and that is why he’ll find it tough to move on. None of the big clubs in England and Europe will see him as a progressive signing anymore. At the age of 30, the only way is down, and any deal would still be very expensive. That money could be better spent elsewhere.

These problems have been rumbling on for some time. Bale has missed the boat on improving his career. That is what he deserves criticism for.

Without doubt, Bale acted without professionalism this week. It could be argued he has done for some time now. But Real must take responsibility too; they have broken his spirit and not only does he no longer view his career in Spain as salvageable, but he doesn’t appear to care whether it is or not. His position at club level has been undermined and made untenable. On balance, he was within his rights to make his point.