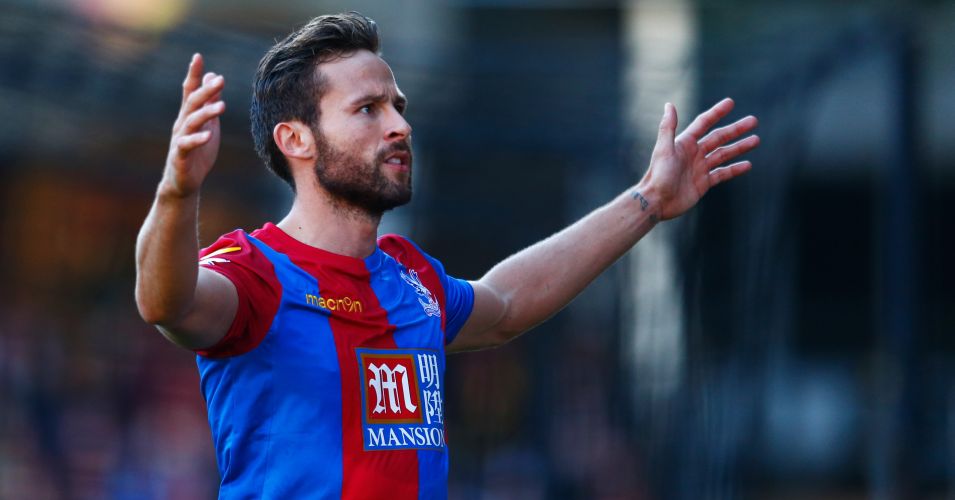 Cabaye converted from 12 yards after Wilfried Zaha was felled by Watford defender Allan Nyom, with the sides previously even pretty much throughout.

Jose Jurado nearly put the hosts ahead on 47 minutes with a wonderful free-kick, while Dwight Gayle nearly opened the scoring on the hour mark after hitting the woodwork from a Bakary Sako cross.

After being criticised by manager Alan Pardew for his performance against Tottenham, Zaha proved the difference at Vicarage Road just eight minutes after coming on as a substitute for the underwhelming Sako. The England international burst into action on the wing, tempting Nyom into the foul.

Cabaye fired home his second goal of the season with cool precision, leading Palace to sixth in the Premier League. Watford had no response after conceding their first home league goal of the season, and drop to 13th as a result.

In a repeat of their 2013 play-off final encounter, a penalty was enough to decide the game in favour of Palace.

After a mundane start it was the visitors who created the first meaningful chance of the day as Brede Hangeland met Cabaye’s whipped free-kick only to see Heurelho Gomes save from point-blank range.

Almen Abdi was booked for tripping Yannick Bolasie and, from a free-kick in almost exactly the same position as his previous delivery, Cabaye again produced a tempting cross but Gayle could not get anything on it.

Despite having plenty of possession it was not until after the interval that Quique Sanchez Flores’ Watford side came close to getting on the scoresheet when, after Abdi had been tripped by Joe Ledley, Jurado stepped up and hit a 25-yard free-kick that came back off the crossbar with Wayne Hennessey beaten.

The Wales number one was forced into action shortly afterwards as Craig Cathcart’s accurate long ball found Troy Deeney, whose pass was chested into Abdi by Ighalo – with the full-back’s driven shot not far enough away from the Palace stopper.

The visitors alleviated the pressure by hitting back on the counter-attack, with Gomes forced to push a deflected Sako free-kick behind for a corner before Gayle turned a cross from the former Wolves man against the frame of the goal – with Cathcart doing just enough to put the striker off.

Palace boss Pardew introduced Zaha from the bench after hooking him off at half-time in last weekend’s defeat at Tottenham and the winger was soon involved, bewildering Nyom with his pace before being tripped by the right-back right on the edge of the Watford box.

Referee Anthony Taylor got the decision to award Palace a penalty correct and Cabaye stepped up to dispatch with aplomb and put the Eagles ahead.

Gayle should have wrapped up the points with a little over 10 minutes remaining but he could only poke wide from close-range following Bolasie’s knock-down from Zaha’s cross.

He came close again after staying onside and breaking clear to latch onto Bolasie’s pass but, after wriggling free in the box, he arrowed a shot just wide before being replaced by Fraizer Campbell.

Watford rallied at the death but Ledley’s brave block from Jurado’s driven attempt summed up their afternoon and, after conceding at home for the first time since their Premier League return, they could not find an equaliser to take a share of the spoils.