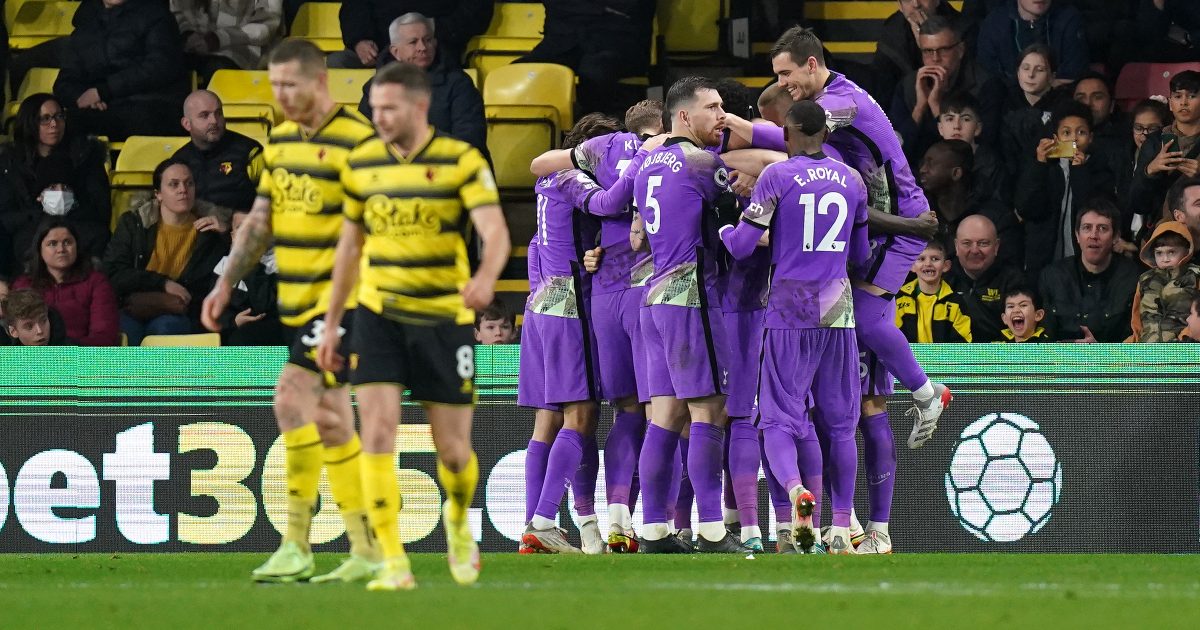 Davinson Sanchez scored a late winner for Tottenham Hotspur at Vicarage Road as they got the better of Watford.

The defender scored deep into stoppage time to win the game for Spurs. There was a lot of added time to play as there was a medical emergency in the stands in the second half.

The visitors had 74 per cent possession and 21 shots, including nine on target, but had struggled to break down the Hornets until Sanchez’s late intervention.

The match had been temporarily halted for a few minutes in the closing stages when a supporter in the lower Graham Taylor stand was taken ill.

Fans in the stand hailed referee Rob Jones’ attention as team medical staff rushed over to the opposite side of the pitch from the dugout.

The situation was deemed “under control” according to a club announcement and the match was allowed to continue.

It was the second time Watford have had a game paused for a medical emergency this season.

In the 17th minute, Spurs had their first half chance of the game. Craig Cathcart cleared the ball but straight to Pierre-Emile Hojbjerg, who fired over.

Two minutes later, Harry Kane won the ball from Imran Louza on the corner of the 18-yard box and managed to get a shot away, but Bachmann was equal to the effort.

Tottenham continued to dominate most of the possession but struggled to break through, with their England captain firing just wide of the post after Watford failed to clear their lines effectively.

Spurs started the second half the way they finished the first, with Sergio Reguilon firing into the side netting just after the break.

The visitors kept piling on the pressure looking for the opening, with Bachmann making two saves in quick succession to deny Lucas Moura and Kane.

Watford briefly responded when half-time substitute Joao Pedro ran with the ball from the halfway line and he was just about to drive into the box when referee Jones stopped play for a shirt pull by Oliver Skipp. The Tottenham midfielder was shown the yellow card but the Brazilian was left frustrated by the decision as he had been lining up for a shot.

Watford had a shout for a penalty with less than 10 minutes to go when Pedro looked to have touched the ball before being brought down by Hugo Lloris in the box, but there was no VAR review.

The match looked destined to end in stalemate but there was a late twist in the tale when Sanchez got on the end of Son’s free-kick to earn all three points for Conte’s side.