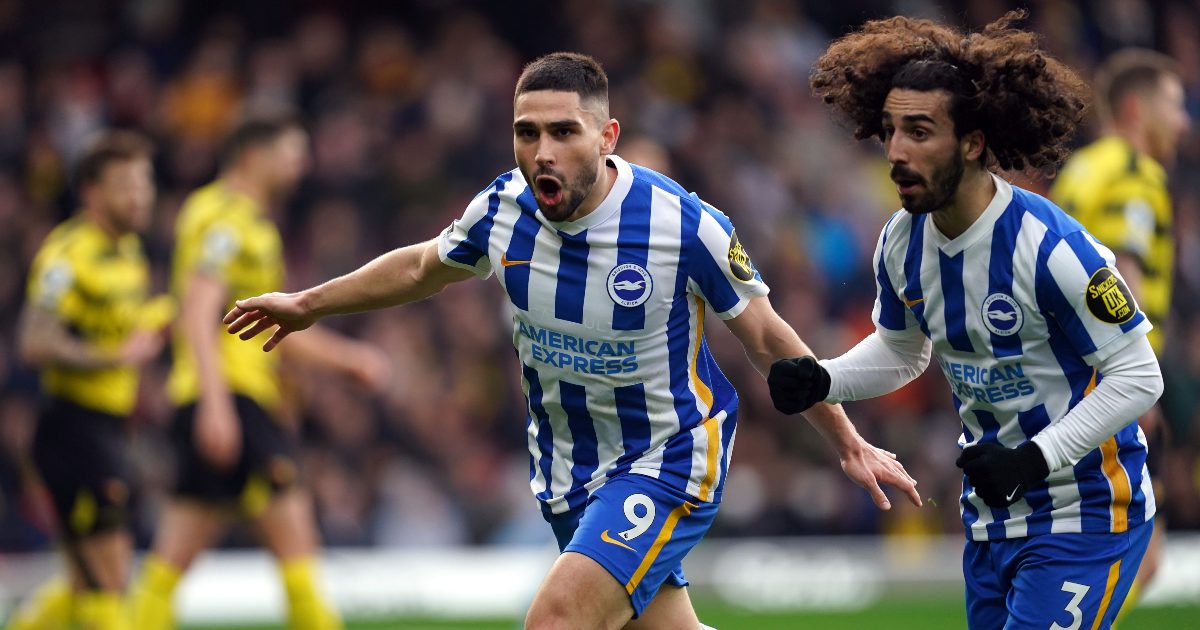 Neal Maupay scored a stunning goal as Brighton got the better of Watford to win for the first time in the Premier League since January 2.

Adam Webster doubled Brighton’s advantage before the end as they downed the Hornets.

Watford have now yet to score in the three matches since Roy Hodgson took the helm and have just one point to show for it.

Brighton, however, moved closer to consolidating their place in the top half of the table and remain unbeaten in the Premier League since December 15.

Foster was called into action early on as he made a low save to deny Jakub Moder from 15 yards in the seventh minute.

Brighton maintained their early pressure, with Pascal Gross heading a Moder cross over the bar while Maupay tried his luck from distance and forced Foster to palm the ball away.

Watford had a chance after Emmanuel Dennis was brought down just outside the box by Lewis Dunk, but Dennis sent the free-kick well over the bar.

Just before half-time, Maupay broke the deadlock. Tariq Lamptey fired in a cross and Maupay volleyed it first time into the far corner.

Ismaila Sarr was introduced at half-time in one of two changes made at the break by Hodgson and the Senegal international, who had only taken part in training for the first time on Friday following his Africa Cup Of Nations success, looked to get forward and create chances on his first appearance for Watford since November.

Watford’s best chance of the match came in the 63rd minute when Dennis worked his way into a promising position before unleashing a shot that rattled off the crossbar.

Shortly after, Watford had to be alert to block a Moder cross after the ball ricocheted around the box before falling to the Brighton midfielder, but his shot was blocked.

Marc Cucurella also had a chance to double his side’s lead but his drive from distance was saved by Foster, who had to use his legs to deny the defender.

Brighton’s second came with less than 10 minutes remaining in the match when Webster was able to poke the ball into the back of the net from close range following an Alexis Mac Allister corner.