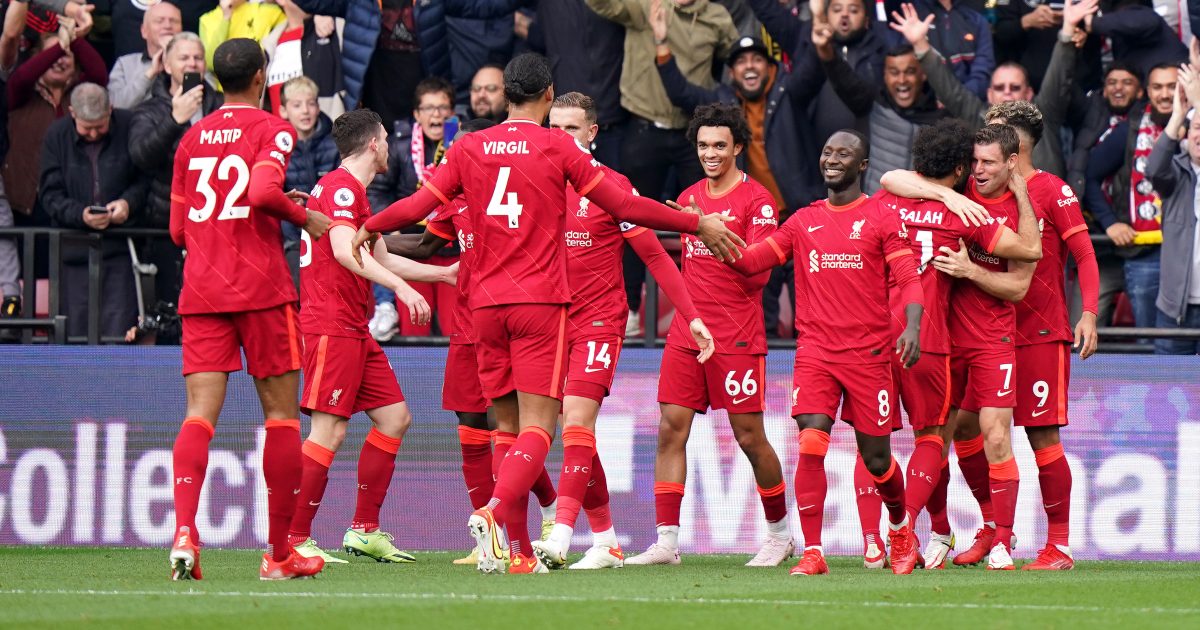 Liverpool started the game brightly as the tone of the game was set from the early going. Sadio Mane gave his side the lead as he grabbed his 100th Premier League goal.

Roberto Firmino added two more either side of half time to put Jurgen Klopp‘s side in control.

Salah provided Liverpool’s fourth with another moment of individual brilliance in the box before curling the ball in to the far corner and Firmino completed his treble in added time.

It was not the welcome return to the Premier League that former Chelsea and Leicester boss Ranieri would have hoped for, after replacing the sacked Xisco Munoz, with the full scale of Watford’s bid to stay in the top flight evident.

Liverpool started the game brightly and deservedly went ahead after nine minutes. Salah had already rattled the crossbar only to be flagged for offside before Mane’s first-time finish from the Egyptian’s exquisite pass brought up his personal milestone.

Foster had cleared the ball, but Salah won it back before shrugging off Danny Rose to send Mane through with the outside of his boot. The Senegal international timed his run to get ahead of his marker and then slotted the ball past the goalkeeper when one-on-one.

Salah had two more chances to add to Liverpool’s tally before the half-hour mark, but the first was blocked by a defender and the second Foster was able to come off his line and gather after a rare poor touch from the forward.

The ball made its way across the pitch from Mane to James Milner on the overlap and the former England international put in a low cross for Firmino to tap home from close range completely unmarked in the 37th minute.

Watford continued to struggle in the second half, and it did not take long for Foster to be forced into another save, when Salah found space in the box to get a curled strike in, which the Watford goalkeeper was just able to turn over the bar.

Firmino put the game to bed in the 52nd minute. Andy Robertson attempted to find Salah at the far post when Craig Cathcart intercepted, forcing Foster into a save, but he could only parry and it was another tap-in for the Brazilian.

The visitors only had to wait two more minutes for their fourth of the afternoon with Salah, whose goal grabbed the headlines against Manchester City last time out, producing another stunning finish.

Salah showed impressive footwork to leave multiple defenders behind him as he crafted an opening for a curled strike into the far corner.

It looked as if the game would end 4-0 before Firmino turned home a ball across the box from substitute Neco Williams at the death.