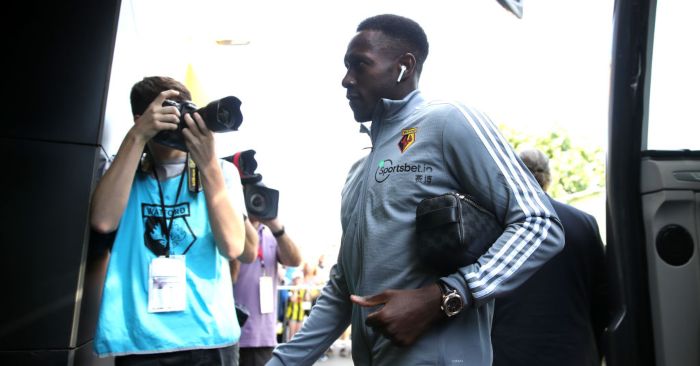 Watford manager Javi Gracia was pleased to be able to give Danny Welbeck his first Watford start, but knows the striker is still some way off his best.

Gracia named the former Arsenal man in his starting XI for the first time in the Carabao Cup win against Coventry and he got 90 minutes under his belt.

It was his first start since breaking his leg playing for the Gunners in November and the game time will be invaluable.

The Hornets won through goals from Ismaila Sarr, Daryl Janmaat and Adalberto Penaranda to give them a first success of the season on a night where only a Welbeck goal would have made it better.

Gracia was just pleased to get him out on the pitch.

“He needs to compete, he needs to play,” he said. “In my opinion he is not in his best condition and he needs time like players like Roberto Pereyra, Sarr.

“They all need time to improve and the best way is not only training but playing as well.

“When we have this opportunity we have to do it.”

Welbeck’s inclusion was one of 11 changes made by Gracia, who says all of his squad will have chance to impress this season.

He added: “We played on Saturday and all of my players are ready to compete in different competitions we have.

“We did it last season as well. They deserve the chance to play in different competitions. All of the squad is ready to do it.

“I can choose different players during the season, I try to do it properly and try to know when some of them are in a better moment than others.

“It is something they have to show me in games like today and training sessions. But they are ready because they are good professionals.”