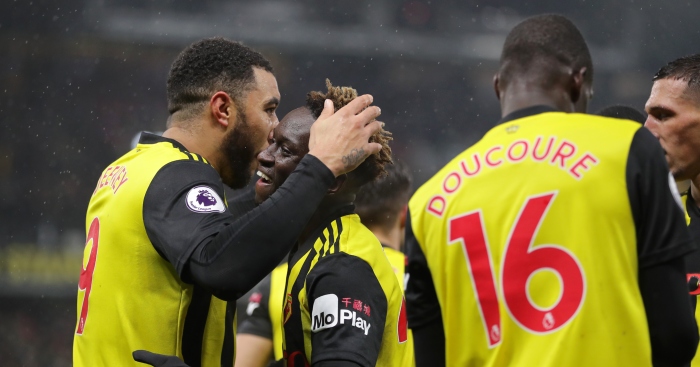 Watford manager Javi Gracia has vowed to protect man-of-the-moment Domingos Quina ahead of his return to West Ham.

West Ham sold the Portuguese midfielder for £1million on deadline day, and Hammers boss Manuel Pellegrini, who admitted he was not responsible for Quina’s departure, said his former player will have a point to prove.

Midfielder Etienne Capoue is available for Watford following his three-match ban, but Quina’s impressive recent from could see him start against his old club at the London Stadium on Saturday.

“Everybody is speaking about him after playing two good games but he needs time to improve and to grow and I have to protect him a little bit, knowing that he is important for us now, and will be more important in the future,” said Gracia.

“When he came to the club I could tell from the first day that he was a very good player, but he needs time to make mistakes and to learn.

“He has a very good character, he is humble, but he has a lot of ambition and desire, and he always trains very hard.

“He has showed what he is able to do and I am sure he will grow day-by-day, and he will be a better player in the future.”

Watford will head to West Ham after ending an alarming six-match winless streak with their recent victory over Cardiff.

But they will face a Hammers side, rejuvenated under Pellegrini, and bidding to win five consecutive league matches for the first time in 12 years.

The two clubs are separated only on goal difference, and Gracia insists the Hornets are capable of stopping the in-form Londoners.

“We know they are full of confidence and they are in a good moment, but we don’t feel different. We usually keep the same attitude in all our games and play as we know we can.

“It’s no different to us playing against Everton in the last away game. We are ready to compete.”