Home All The News Watford complete signing of Bologna defender 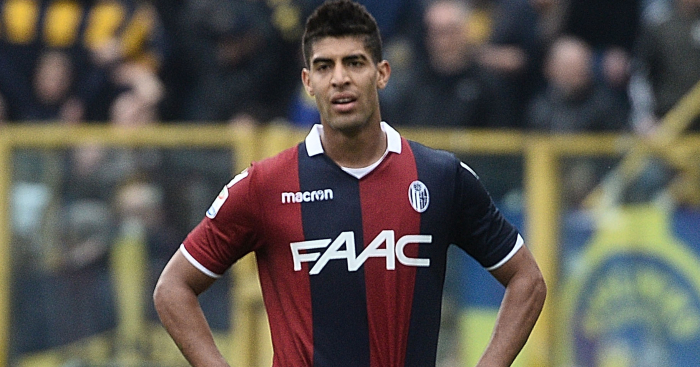 Watford have completed the signing of defender Adam Masina from Bologna, the Premier League side have announced.

Masina, 24, has agreed a five-year contract with the Hertfordshire outfit having spent the last five seasons at the Stadio Renato Dall’Ara.

Usually deployed at left-back, the former Italy Under-21 international becomes Watford’s fourth signing of the summer after deals for Gerard Deulofeu, Marc Navarro and Ben Wilmot.

A statement released by the Hornets read: “Adam Masina has completed a permanent transfer from Bologna to Watford, the Hornets are pleased to confirm.

“The 24-year-old left-back has signed a five-year contract at Vicarage Road and becomes the Hornets’ latest addition ahead of the 2018-19 Premier League campaign.

“Morocco-born Masina is a former Italy Under-21 international who made 131 appearances for Bologna, including 99 in Serie A.

“At the end of 2014-15 he was named Serie B Footballer of the Year after excelling as ‘I Rossoblu’ achieved promotion back to the top-flight, and over the past three seasons Masina has established himself as one of the top performing left-backs in Serie A.”