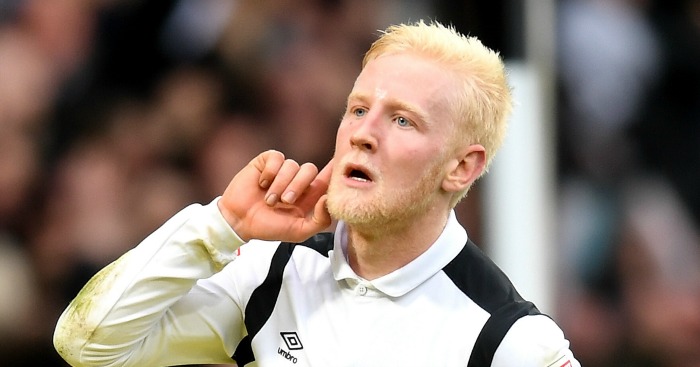 Watford have officially announced the signing of England Under-21 midfielder Will Hughes.

The 22-year-old, currently in Poland with the Young Lions, will leave Derby for an undisclosed fee and has signed a five-year deal at Vicarage Road.

The move to Marco Silva’s side completes a journey that has been long in the making for Hughes.

He has been spoken of as a Premier League prospect ever since making his Derby breakthrough in 2011 as a 16-year-old.

One-hundred-and-eight-seven appearances for the Rams later, Watford have decided now is the time to give Hughes his chance.

Watford say Hughes will complete the move when he returns from Poland, with England Under-21s waiting to find out their semi-final opponents at Euro 2017.