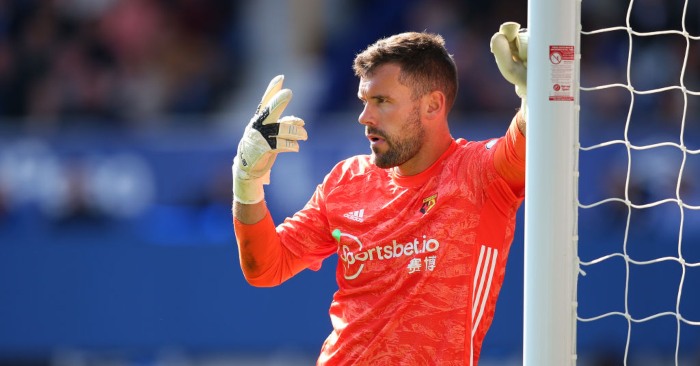 One of the surprise results of this nascent season was that opening-day hammering Watford took from Brighton at Vicarage Road. Looking back over the years, the first round of fixtures often produces that kind of result; it’s the game which ruins everyone’s accumulator and sends millions of fantasy football managers scrambling for their wildcard.

It also breeds an overreaction and in Watford’s case, that’s been used to confirm long-standing suspicions about the club.

Make no mistake, that Brighton defeat was ugly and it was full of the kind of dysfunction which, had it occurred in January, February or March, would be serious cause for concern.

It’s where Watford’s past counts against them. The news cycle has now been partially devolved to dozens of post-weekend podcasts and review features, and a lot of the criticism was familiar. It featured the caricature of the impatient owners and the nervous executives ready to detonate the technical department at the first sign of trouble.

The complication here is that Watford haven’t just had a couple of bad games. The run to the FA Cup final excused an awful patch of league form and, of course, the final itself wasn’t exactly good for local morale. But did those last six weeks of 2018-19 come with a plausible explanation? Of course they did. Finals for clubs with Watford’s history are notoriously distracting and, for obvious reasons, being humbled by Manchester City is hardly reason to bulldoze the stadium and disband the club.

None of these factors are really as relevant as the performance at Everton, though. Watford lost at Goodison Park, but the tone of that defeat was still encouraging. The back-to-front move which produced the game’s only goal doesn’t bear much scrutiny – Lucas Digne should never have been able to create a scoring chance from that position – but Javi Gracia’s side were still arguably the better team. They probably also created the better chances, being denied by the woodwork and a couple of fine saves from Jordan Pickford.

Not much between the two teams here, Watford arguably unfortunate to come away empty handed #EVEWAT pic.twitter.com/5QgGqcjl91

One of the reasons why it’s difficult to accept the negativity is because there was such an obvious response to what had happened the week before. The level of application did not imply any growing distance between coach and players and, aside from the shaky marking at set-pieces, there was little sense that this season’s Watford are so different from last year.

Behind the scenes, everything also sounds healthy. The Athletic’s Adam Leventhal spoke with Ben Foster after the game and he reported a good week of competitive training which reflected a desire to respond to the opening day. It also manifested in a performance which might have taken points off one of the strongest sides outside the top six, so Watford presumably travelled back to London disappointed, but not necessarily disheartened.

Conclusions drawn early in the year aren’t necessarily wrong. It’s probably fair to worry about Crystal Palace because of their various shortages and, for obvious reasons, nobody really has good reason to be encouraged by Newcastle. But, in both instances, that’s due to the failure to remedy long-term issues, not just because a few bad goals have been conceded and a couple of games have been lost.

If there was a problem last season, it probably lay in the lack of range at the top of the pitch. In Troy Deeney, Andre Gray and Gerard Deulofeu, Gracia had a group of forwards who serve specific purposes within games, but who nevertheless have predictable traits. Predictable traits and the tendency to run hot and cold throughout the season. Deeney is probably slightly beyond his prime as a footballer, Deulofeu’s form has always oscillated wildly, even within games, and Gray’s finishing has never been entirely convincing.

The objective over the summer was to address that. Gino Pozzo isn’t prone to spending tens of millions of pounds on centre-forwards in their prime, but he and Scott Duxbury did complete one of the most exciting attacking signings in the division this summer, paying a club-record fee for Ismaila Sarr. And, while obviously caveated by concerns about form and fitness, the addition of Danny Welbeck has obvious virtues. Sarr is a magnificent footballer, someone who most people would pay to watch, and while Welbeck’s career has suffered terrible setbacks, if he were to approach anything like his best form he would become a starter by default.

So Watford’s threat has been broadened considerably. Perhaps more importantly, they maintained many of the same structures which underwrote their form last year. One of the fallacies peddled about them is that they have to endure personnel churn every year, whereas – actually – Watford’s starting XI is a model of consistency.

Speculating about the impact of new signings is always gratuitous, but slightly less so when a team is so settled. Watford have retained their midfield axis of Etienne Capoue and Abdoulaye Doucoure, their defence is intact, and the creative players behind the forward line – Will Hughes and Roberto Pereyra – are both still at the club. The overall picture is of slow-building health and gains through continuity.

So is this really such a negative situation? It does feel as though Watford have an entrenched position within people’s minds and that, no matter how their processes evolve, they remain inextricably bound by association to that short, sharp shock culture. In turn, that seems to create a strange appetite for their failure and instruct the haste with which they continue to be dismissed at the first sign of negativity.