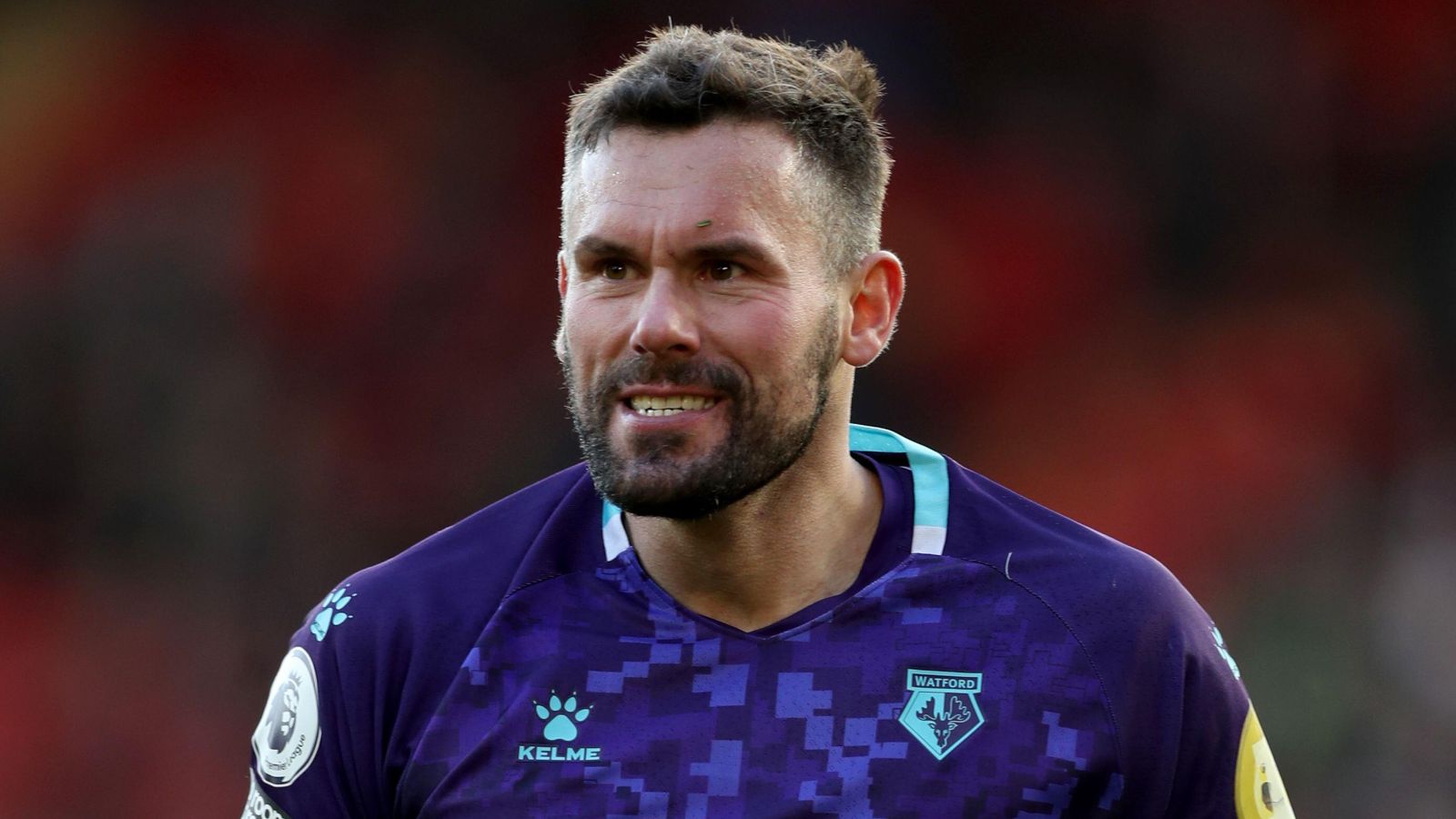 Former Watford goalkeeper Ben Foster reckons being a number two to Aaron Ramsdale at Arsenal next season would suit him.

Ramsdale has jumped above Bernd Leno in the pecking order in his first season since joining from Sheffield United in the summer transfer window.

Leno, who has nine caps for Germany, could now leave the Gunners this summer with reported interest from Portuguese side Benfica.

And Foster – who is a free agent after leaving Watford – has thrown his hat into the ring to replace Leno if he leaves Arsenal this summer with the former England international claiming he’s “at an age where I could be a number two”.

Speaking on his own Fozcast podcast, Foster said: “Yeah I think I would to be honest with you.

“If I’m signing for a club as a number two goalkeeper, depending on who the first-choice goalkeeper is, so say it was someone like Arsenal or even Aston Villa for example where you’ve got the first choice goalie I know is a world-class goalkeeper.

“So someone like Ramsdale or Emi Martinez, I know I’ve got a world-class goalkeeper in front of me who’s still at an age where they’re learning and they can get better – because they can, they’ve got the potential.

“I will, at that point, say, ‘Right I am going to help you as much as I can to maximise your ability and make sure that you become an absolute monster, a beast, and give you all the tools that I’ve learned.’

“Whereas, on the other side of it, if I sign for a club and they say, ‘We’ve got a first choice goalie but we want you to be number two’, and when I get into that football club if I see him in training and I think I’m better than him, that will drive me even harder to prove to everyone that I’m still good to go.

“Don’t get me wrong, if it’s for someone like Rambo I’m still training my head off, because that’s what I’m like, I love training, I love putting the graft in.

“But it’s an interesting one, I think I would, I think I’m at an age where I could be a number two, I really could. I had to deal with it last year and even at the start of this season I wasn’t playing to start with, and I’m very good at getting behind the goalie that’s playing and being a cheerleader and getting him ready for the game.

“I think that comes with age as well, it’s something where you have to let your ego go and say, ‘It’s your turn, it’s your time, I’m going to help you get ready’.”