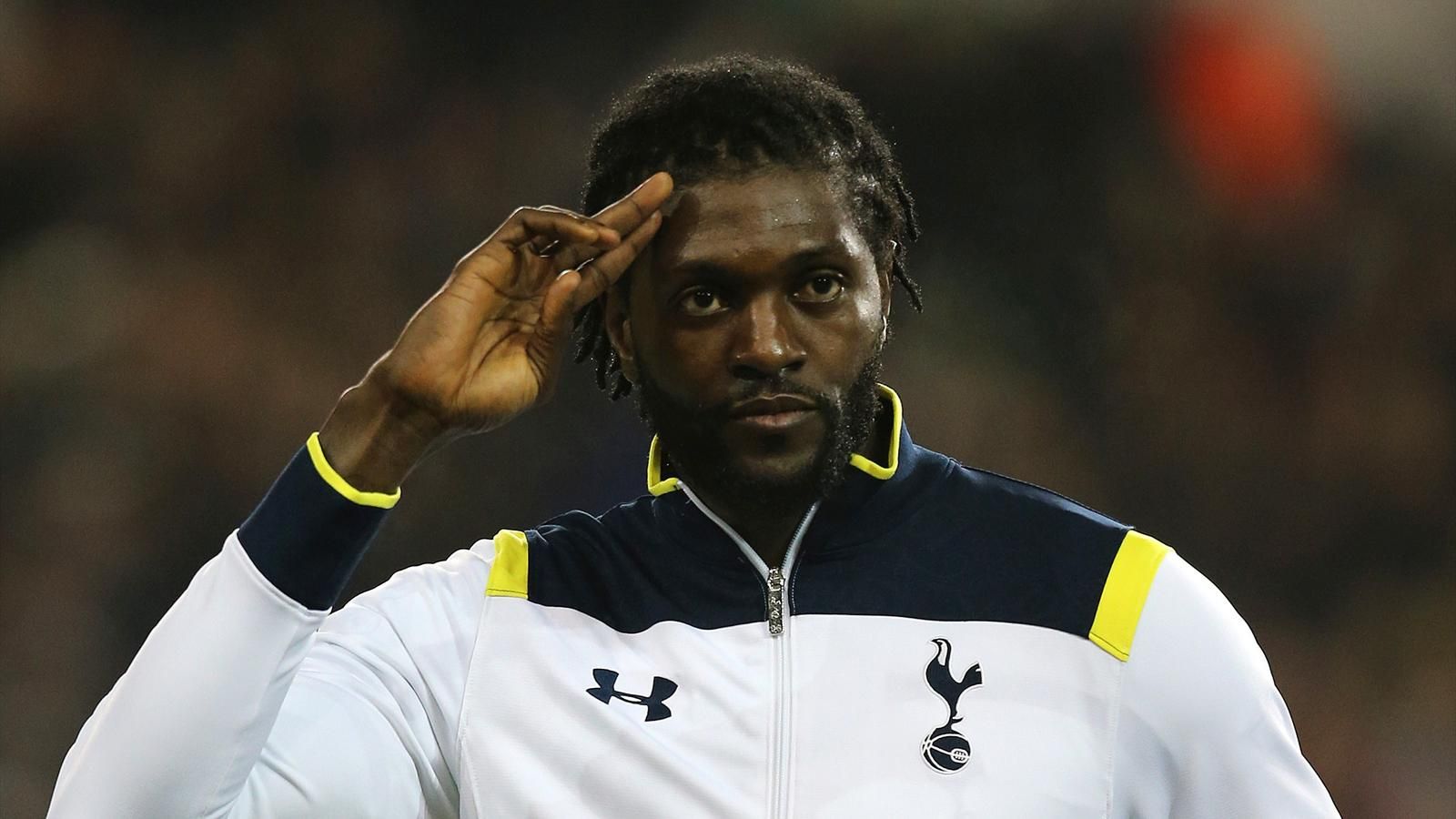 Watford manager Quique Sanchez Flores has refused to rule out a move for Emmanuel Adebayor and hinted he would welcome the arrival of the former Tottenham striker.

Adebayor, a free agent after the final year of his contract at Spurs was terminated in September, has this week been linked with a move to Vicarage Road.

The former Arsenal and Real Madrid striker would be able to join a Premier League club in the new year and Watford are reported to be interested in his services.

Adebayor, 31, has not started a league match in over a year after he was frozen out by Spurs boss Mauricio Pochettino.

But when asked about the free agent ahead of his side’s Premier League clash against Leicester on Saturday, Flores said: “I am focused on the players I have on the training ground, but for me, the most important thing is that good players want to come to Watford.

“I am not talking about any player in particular but I love the players with talent, with hunger, with soul, and who is a very good person. So, if we are in this case it would be perfect, but there are no names at the moment.”

Earlier this week, Watford captain Troy Deeney urged his club to be cautious in any move for Adebayor.

Deeney told Talksport: “He is a good player but there are questions marks about his temperament. Our owner isn’t naive enough to bring in any bad eggs in so I think they’d assess that angle if they were considering to bring him in.”

In response to his skipper’s comments, Flores, who has guided his promoted side to 11th in the table, added: “I consider my players and they are really clever.

“They want good players to come into the squad, but when a player can come to the club to help us it is amazing. It is good news.”

Etienne Capoue, the French midfielder who endured two troubled years at Tottenham before signing for Watford in the summer, would welcome his former team-mate.

“Yes, of course, he is a top player,” Capoue said when asked if he would like to see Adebayor join Watford. “He is my friend and I talk with him a lot.”

Watford, who are bidding to win three consecutive games in the top flight for the first time since 1987, travel to high-flying Leicester on Saturday.

Flores, who said Jose Manuel Jurado is a doubt for the trip, added: “Leicester are an amazing team, a tough team, a tough stadium so we want to win but it is important to recognise that we are a team that is improving.”