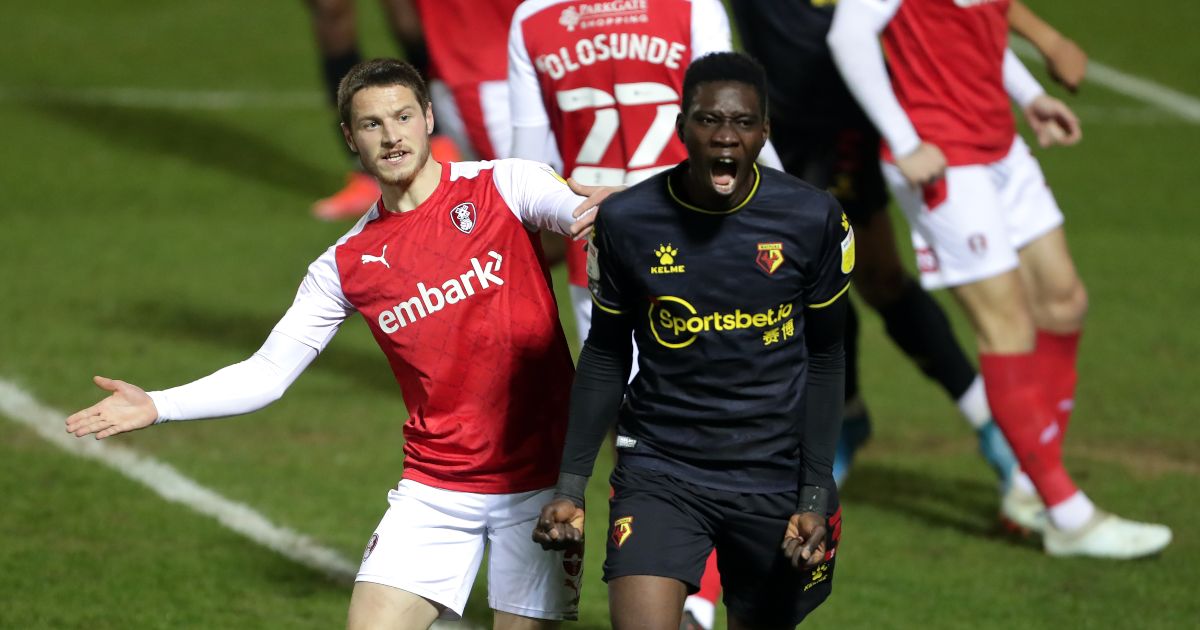 There were rumours of the Red Devils’ interest in Sarr towards the end of last summer’s transfer window but Man Utd failed to get a move over the line.

Sarr cost Watford a sizeable £30m to bring him to England from French club Rennes in 2019 and they were looking to make a profit on any deal.

Liverpool and West Ham were also understood to be interested in the Senegal international, who has nine goals and four assists in the Championship this season.

And Giraldi has now revealed how close Man Utd got to getting a deal over the line in an interview with the Here We Go podcast.

Giraldi said: “We were extremely close, I was personally negotiating with them.

“We weren’t able to reach an agreement. And I think Ismaila is very young, he will arrive for sure.

“He missed probably an opportunity, but I think also for his football to stay here and get 10 goals and 10 assists, he’s deciding the league. I think for Watford in the condition they are at the moment it’s luck he stayed.

“I love Ismaila because he has the ability to affect the game every time he plays, and that’s quite rare.

“You see fast wingers becoming more and more important in physical leagues like the Premier League. I remember last year against Manchester United and Liverpool, he was the one with Gerard Deulofeu on the other side affecting the game and deciding the game every time.

“This type of player are players you have to try to maximise and protect them as much as you can.”

Speaking in February, Sarr’s agent, Thierno Seydi, claimed that the Red Devils failed in their move because they didn’t want to insert a option to buy in their loan proposal.

Seydi said: “During the summer, the Manchester club wanted to sign the Senegalese forward. At the last moment, they offered a loan without an option, which Watford didn’t accept because the loan was expected to be accompanied by an option with right of first refusal for the Manchester club”.