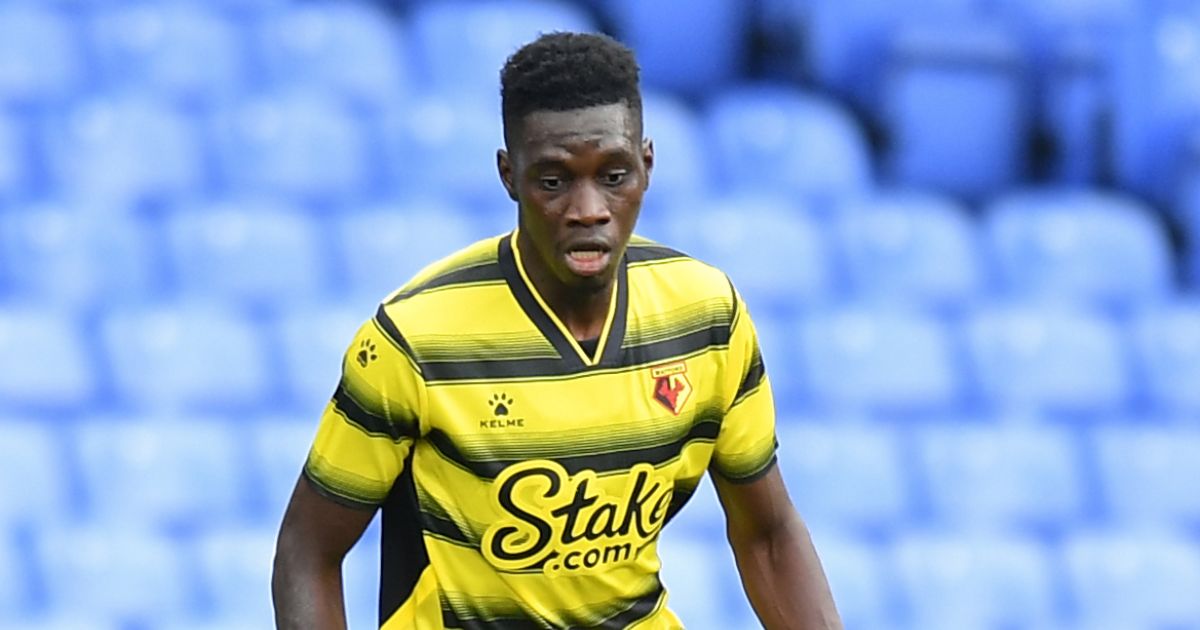 Watford forward Ismaila Sarr won’t push for a move to Liverpool this summer while the Hornets insist there has been no contact from their fellow Premier League club for their player, according to reports.

Sarr scored 13 goals and provided four assists in 39 Championship appearances last season to help Watford to promotion back to the top flight at the first time of asking.

That form has seen him regularly linked with Manchester United and Liverpool, with Jurgen Klopp’s transfer team reportedly holding talks with him in July.

A report emerged earlier on Wednesday that claimed Sarr had asked permission to leave Watford this summer and that Liverpool were preparing a £40m bid for the winger.

West Ham’s Jarrod Bowen and Juventus’ Federico Chiesa have been linked with a move to Anfield too but it looks unlikely the Reds will pursue either of those options.

And the Watford Observer now claims that the reports from earlier in the day are incorrect and that Watford have ‘received no approach’ for Sarr this summer.

The Hornets ‘remain adamant the player is not for sale’ and that ‘club sources have confirmed there has been no contact from anyone’ at Liverpool or any other club for the Senegal international.

The Watford Observer adds that ‘there is no desire from the player to push for a move at this stage in his career, having only just returned to the Premier League with the Hornets.’

“We were extremely close, I was personally negotiating with them [Manchester United],” Girardi told Fabrizio Romano on the Here We Go podcast.

“We weren’t able to reach an agreement. Ismaila is still very young, he will arrive [in the Premier League] for sure.

“He missed probably an opportunity, but I think also for his football to stay here and get 10 goals and 10 assists, he’s deciding the league.

“I think for Watford in the condition they are at the moment it’s lucky he stayed.”