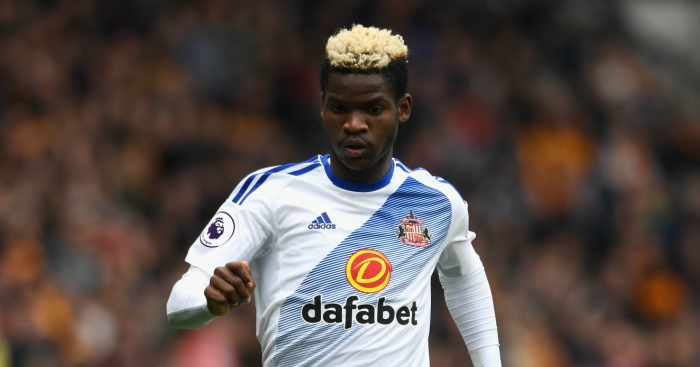 The club confirmed both deals on Wednesday ahead of the 11pm transfer deadline.

Ndong, a 23-year-old Gabon international, will remain with Javi Gracia’s side until the end of the season, when the Premier League club will have an option to make the move permanent.

Ndong joined the Wearsiders in 2016 and made 54 first-team appearances, with his last outing in January ending with his sending-off at Cardiff.

Goalkeeper Dahlberg has signed a five-and-a-half-year permanent deal from Goteborg and will return to the Swedish side on loan for the rest of the season.

The 19-year-old has played 32 times for IFK and is a Sweden Under-21 international.

Watford also loaned Costel Pantilimon to Nottingham Forest after his loan spell at Deportivo was cancelled.

The LaLiga club confirmed the end of the goalkeeper’s temporary switch and he has now joined Championship side Forest for the rest of the campaign.

Winger Isaac Success has also departed Vicarage Road having moved to Malaga on loan until the end of the season.

The winger had only played once this season and was yet to feature in the Premier League.

Ndong’s arrival has led to Ben Watson being released from his contract by mutual consent after three years with the club.

The former Wigan midfielder, 32, made 78 appearances during his time at Vicarage Road and is now reportedly set for a move to Nottingham Forest.

“The Hornets would like to thank Ben for his service to the club and wish him all the best for the future,” Watford said in a statement on their official website.