Home All The News Watford manager: Deeney will learn from Chelsea celebration 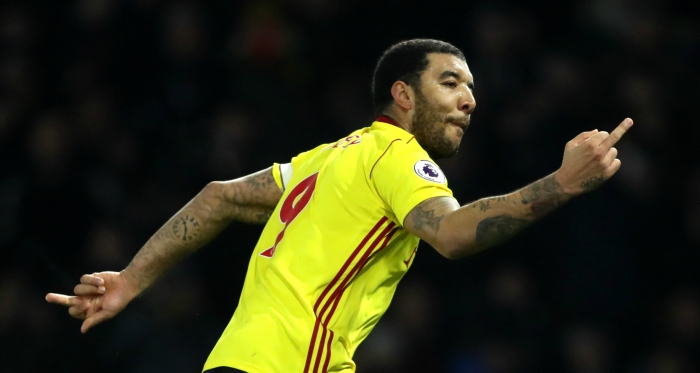 Watford manager Javi Gracia expects Troy Deeney to sharpen up his disciplinary act following his goal celebration in the 4-1 victory against Chelsea on Monday night.

Captain Deeney scored the opening goal of the game from the penalty spot at Vicarage Road, but courted controversy when he made an offensive gesture towards the crowd.

Deeney escaped a four-match ban from the Football Association after they failed to agree on whether his action warranted a retrospective red card.

The Watford skipper, who has already served three and four-match suspensions this season, did however, receive a written warning from the FA regarding his future conduct.

“I have spoken with Troy,” Gracia said. “Troy is our captain and he knows what is the best behaviour. I am sure he will do better in the future.”

Deeney’s celebration was the only sour note for Gracia on a remarkable night in his first home match as Watford boss.

But the Spaniard, whose side remain only six points above the relegation places, has urged Watford not to get swept up in the furore of beating the Premier League champions.

“It was a great game, but it has passed,” Gracia, who was speaking ahead of Watford’s trip to the London Stadium to face West Ham on Saturday, added.

“We played well against Chelsea and we deserved the victory, whether it was against 10 men or 11 men.

“I know how we got those points – running a lot, and working a lot – and I think this is the key to the future.

“The last match gave us motivation, more credibility. We believe more in our work, and it is better for us but we know if we don’t work and don’t run we will not win.

“I am not worried about the past and I try to work to get better results in the future. I only focus on the next game against West Ham and I believe this is the way I can be the best at my job.”

Goalkeeper Heurelho Gomes remains sidelined for the Hornets with a back injury, but defender Miguel Britos, who has not played since November, is closing in on a first-team return.