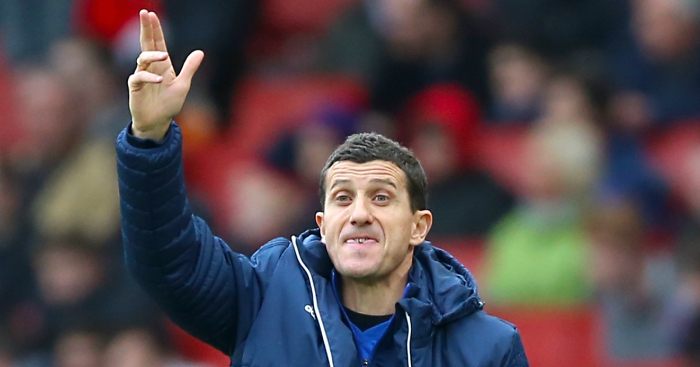 Watford head coach Javi Gracia will leave no stone unturned as he looks to push his side towards Premier League safety.

The Hornets head into Saturday’s trip to Huddersfield on 37 points but know they have missed chances to already reach the 40-point benchmark usually needed to secure top-flight status.

They conceded a stoppage-time equaliser when leading at home against Bournemouth a couple of weeks ago and then failed to hold on when ahead as Burnley fought back to win 2-1 in their Vicarage Road clash.

Gracia does not want to make the same mistakes again as his men look to record what would be a first win in five matches at the John Smith’s Stadium.

“It was a pity because in the last two games I think we could get more points. But, in three set-pieces, in three free-kicks, two of them after long balls and second balls, we conceded, and we need to improve those situations,” the Spaniard said.

“We prepared this before the last game, because against Bournemouth we conceded in injury time and lost two points in that moment.

“Then, we try to improve with video analysis, and training in different situations, because I think in these games we had control.

“We dominated during the games but it wasn’t enough. We have to improve these situations for the future.”

Gracia, quoted on Watford’s official website, said: “When you concede goals it is not only because of one player – you need to look at the defensive work, it is from 11 players.

Huddersfield drew 1-1 at Brighton last weekend but continue to look over their shoulders, just four points clear of the bottom three.

Gracia, though, wants his team to focus on their own issues.

“The next game against Huddersfield is a very important match for us – and for them. I don’t feel they need the points more than us,” he said.

“Never mind the situations they are in, I prefer to prepare the next game as I usually do, and do it always in the best way we can.

“I am confident we will be able to score and get points in the next game.

“The situation would be more difficult if we don’t create chances, but my feeling is that we create – even in away games – and we must try to score and do better each time.

“I prefer to think positively because we create chances to score.”