Well that's what Leicester did, right? Nigel Pearson has dragged Watford towards survival but is gone. 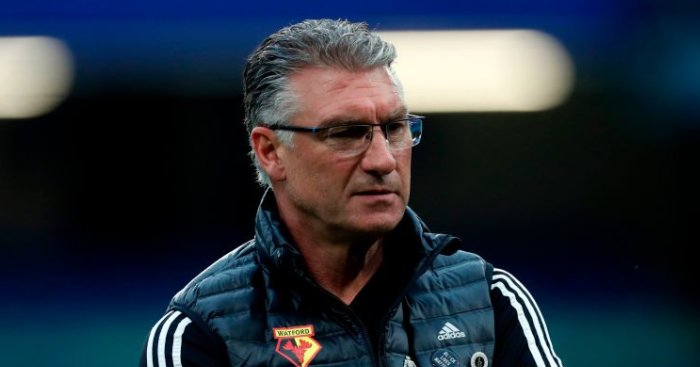 While the news emerged earlier on Sunday, the Hornets confirmed it with a short statement on their website.

‘Watford FC confirms that Nigel Pearson has left the club with immediate effect,’ it read.

‘Hayden Mullins, with Graham Stack as his assistant, will take up the position of interim head coach for the Hornets’ final two Premier League fixtures of the 2019/20 season.

Reports suggest that Watford started the campaign with Javi Gracia in charge which, while patently untrue, appears to be true.

Quique Sanchez Flores replaced his compatriot at Vicarage Road in September but lasted just three months before being sacked.

Pearson then took over on a season-long contract with the club bottom of the table, on eight points and one win from 15 games, and seven points from safety.

Despite taking them three points clear of the drop zone with two games left, Pearson has parted with the club early.

The Daily Telegraph state that he ‘has been sacked’ in a decision that seems to have been heavily influenced by the defeat to West Ham on Friday evening, their fifth loss in eight games.

Craig Shakespeare has also left his role as assistant manager after technical director Filippo Giraldi told both of the news on Sunday afternoon.

Hayden Mullins will take over in the interim for the second time this season and guide the Hornets against Manchester City and Arsenal as they look to maintain a gap to the bottom three.

It seems harsh on Pearson initially after the fine work he oversaw in his opening weeks, including a six-game unbeaten run and victories over Manchester United and Wolves.

But poor performances in recent weeks, as well as the short-term nature of Pearson’s contract, have sealed his fate.