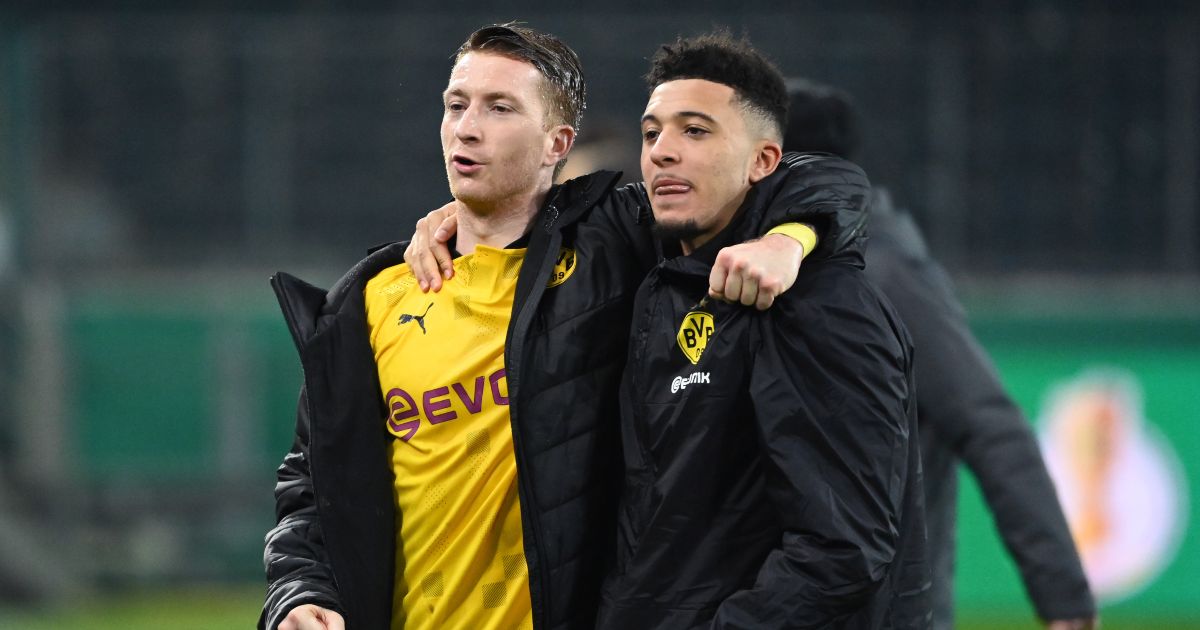 Borussia Dortmund CEO Hans-Joachim Watzke says it will take an “exceptional offer” for Man Utd or any other club to buy Jadon Sancho this summer.

Sancho has been linked with a move to Old Trafford for a couple of years now with the Red Devils unwilling to meet Dortmund’s huge asking price last summer.

However, rumours have still persisted since with Man Utd reportedly looking to bring in a winger during the next transfer window.

There have been multiple Sancho ‘alternatives’ linked to Man Utd but the latest report from Eurosport last week indicated that the Premier League outfit are ‘waiting to discover Dortmund’s current valuation of the player’.

The report on Wednesday added that Man Utd are ‘holding back on their pursuit’ of Sancho as they have ‘an expectation that he will push for a transfer at the end of the season’.

And when Dortmund chief Watzke was asked about the chances of seeing Erling Haaland – who has been linked with numerous clubs – and Sancho playing for the Bundesliga side next season, he told DAZN and Spox:“I’m not getting involved in probabilities, it’s no good. Jadon Sancho has been with us much longer than Erling Haaland.

“We’ll have to speak to Jadon too. If there is an exceptional offer, we will discuss it with the player and the agent, as always. Nonetheless, I am very sure that the transfer market will only run to a very limited extent this summer.

“Especially at the very big clubs, you can see what kind of wounds coronavirus has inflicted – and they are not small ones that heal within two weeks.”

Sancho left Manchester City as a 17-year-old to become one of the most sought-after talents in world football but Pep Guardiola insists letting Sancho leave was not a regret of his.

Guardiola told The Independent: “I said many times, not a regret, he decides.

“We want him to stay but he decides to leave, when they decide to leave all we can do is they leave. I wish him all the best except when he plays against us. If he’s happy, I’m happy.”

The Spaniard was reluctant to entertain the notion of ‘what might have been’ had he stayed, claiming it’s impossible to predict and visualise such scenarios.

“Nobody knows, maybe he stays and we don’t play good or better. The life of every person decides the life they lead, the other people have to respect,” he said.

“We want him, he decides to go, all the best. We will face him, try to control him. We know the quality he has, everyone knows.”