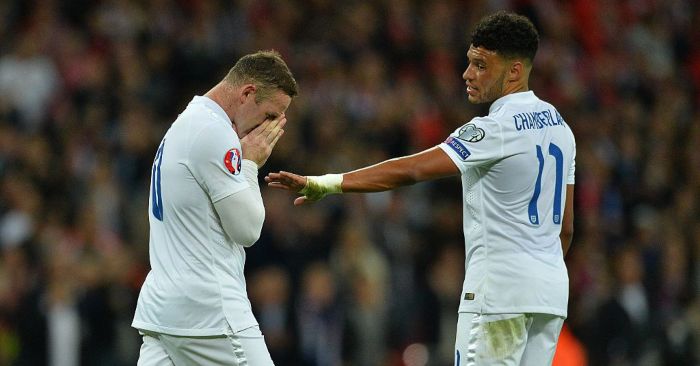 Wayne Rooney was bloody well bewildered at Alex Oxlade-Chamberlain not knowing who Marc Overmars was.

In an interview with The Sunday Times as the newspaper’s new columnist, Rooney recalls his time studying videotapes to improve as a youngster.

The 34-year-old watched clips of Jari Litmanen and Dennis Bergkamp to learn the role of a No. 10 as “the other players were too strong for me” as a 14-year-old playing for Everton’s U19s.

As a player-coach at Derby who is contemplating a future in management, Rooney believes that youth players “actually don’t watch the right stuff”.

“There wasn’t YouTube,” he said. “You had actual videos and it wasn’t easy.

“There’s so much now and I’ve spoken to young players – a lot of the stuff they’re watching is freestylers, skills and they actually don’t watch the right stuff.”

He remembers one particular incident during England duty, when he discovered that then-Arsenal winger Oxlade-Chamberlain had never heard of Gunners legend Overmars.

“I remember speaking to Oxlade-Chamberlain in the England squad. He was at Arsenal. I said to him, ‘You’re coming to the ball too much; you’ve got your back to play and you’re making it easy for defenders.’

“I told him to come short, run off the ball. I said, ‘Go and watch Marc Overmars,’ and he didn’t know who Marc Overmars was.

“I was like, ‘You’re playing out wide for Arsenal, how can you not know Overmars?'”