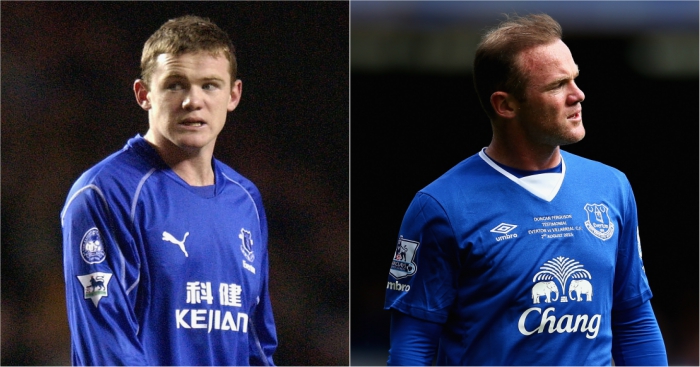 This article was originally published back on March 2. The boy is coming home, and so it is more relevant than ever.

David Carney floated in the corner, Craig Garside flicked the ball on, and Wayne Rooney headed home at the back post. Everton had taken a 1-0 lead against Aston Villa in the 2002 FA Youth Cup final, and Rooney had scored his eighth goal of the competition. The 16-year-old promptly unveiled a scrawled message on a vest top underneath his shirt to the Goodison Park faithtful: ‘ONCE A BLUE, ALWAY’S A BLUE’

The apostrophe was the giveaway. It was a message that could only be conveyed by a pure, naive, starry-eyed boy, one as yet untainted by the darker side of football or indeed life. It was a teenager making public his affections, not afraid of letting the world know what he truly felt.

Wayne Rooney "Once a blue always a blue" pic.twitter.com/wmoBvnJP5H

Back in March, the first true love attempted to appeal to that very same teenager that resides in Rooney, now 31 and very much in his final throes as a top-flight force. Ronald Koeman insisted that the striker “is one of the players” who can improve his current squad. Steve Walsh added that Rooney is “one of the greatest players that has ever played the game in England”, and that a potential return would be “euphoric”. The Everton charm offensive was in full flow.

Unlike Rooney’s innocent message – ill-advised in hindsight – 15 years prior, this was a calculated, considered declaration of intent from the Toffees. On Sunday, it came to fruition.

To many, it was once an unthinkable scenario. He had not only burned his bridges when leaving for Manchester United in 2004, but completely torched the paths that led to those bridges. Many felt let down, the club having nurtured his talents for six years in the youth team, before enjoying them for little over 18 months in the first team. Three months before he sent in a written transfer request – purposeful, unlike John Stones’ – Everton had finished 17th. His departure felt like a betrayal, and the relationship between fans and player soon deteriorated. He was branded ‘Judas’, and would accuse David Moyes of being overbearing, controlling and ultimately responsible for his exit – claims for which he would apologise in 2010.

In the summer of his exit, Rooney discovered the enormity of the situation. He was sat in his Croxteth home, watching Sky Sports News. Everton fans were sending in messages of disgust and surprise, with the presenters gleefully reading them out. A frustrated Rooney texted one of his own – ‘I left because the club was doing my head in’ – signing it off with his name. The presenters simply requested for “the people at home” to “stop pretending to be Wayne Rooney”.

It is impossible to fathom how difficult and delicate a position he had found himself, but the teenager, the naive, innocent teenager, did not help himself. On his first return to Goodison Park as a United player, he kissed his new club’s badge in front of his formerly adoring fans. He did the same again in 2008, narrowly avoiding an FA charge. Once a Blue, always a Red, as the new chant went. 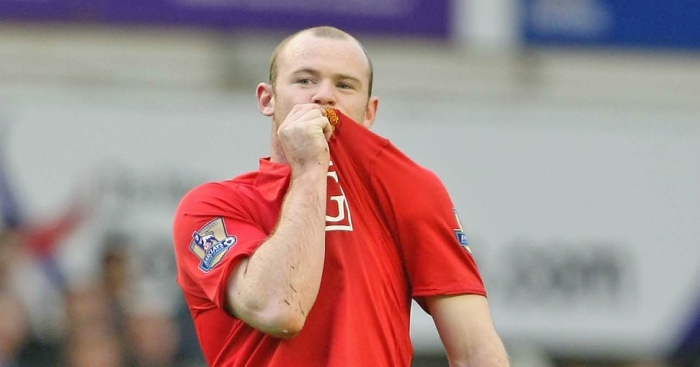 With the player’s burgeoning maturity in his later years, the relationship has thawed. He appeared in an Everton shirt for Duncan Ferguson’s testimonial in 2015, and chose the club as the opponent for his own last summer. He regularly takes his family to Goodison Park to watch games. No longer is he despised as an adult for his actions as a kid.

Everton have taken advantage of the situation. Rooney has been allowed to leave Old Trafford of his own accord this summer. United were his lust, his 13-year fling. Football, in its never-ending quest for a romantic narrative, has willed the player to be united with his one true love once more.

The 31-year-old will theoretically return a hero, the local boy done good. He could help aid the development of the latest young stars, of Ross Barkley and Tom Davies. It is an easy decision from a commercial standpoint, and billionaire investor Farhad Moshiri was a United fan before forming ties with Everton.

It is a great storyline, the charming end to one of the most accomplished careers in English football history. The full circle. But it is fantasy, and Everton should have engaged with reality and ignored temptation. Rooney is not compatible with Koeman’s energetic, youthful first team. He is not of the standard required to feature for the side in sixth, nor for the team in seventh. He would be a valuable option from the bench – an expensive one too – but he is leaving United for regular football. His wages, even with a considerable pay cut, would dictate a starting place; his performances would surely not.

Rooney is the champion boxer who has taken – and thrown – far too many punches. He is now looking for one final fight, one last rumble to prove himself. The club are forsaking their supposed increased ambitions by indulging and providing that to a player well past his best, just as the player was perceived to have betrayed the fans more than a decade ago.

There is considerable water under the bridge between Rooney and Everton, but that does not mean that both should don waders and embrace in the middle. “I think maybe at the end of Wayne’s career he might want to come back,” Moyes said in 2010, but that choice should was Everton’s. The desire is there, yet it is born of sentiment – and elite clubs (or those wishing to join the gang) should not be slaves to sentiment. Rooney is seen by many as a marquee signing, but he’s actually just a big f***ing tent.

“I don’t think we were ready for Wayne when he came on the scene,” Moyes added in that same interview. Fourteen years later, it is Rooney who is not ready for the new Everton. Most fans have forgiven and forgotten the events of the past, and his status as ‘a Blue’ has been restored. But it is naive of the club to think their ageing former flame can be the face of their evolution.