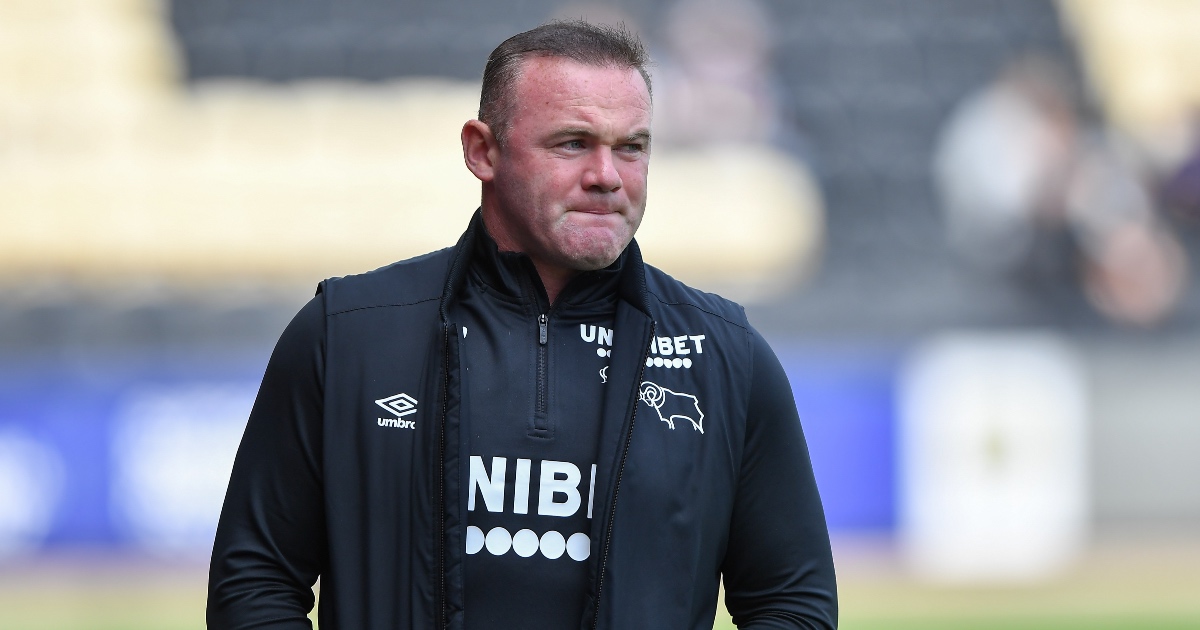 The Premier League legend has had a troublesome pre-season, with only seven outfield players available for their friendly win against Notts County.

The situation was worsened when Rooney injured 20-year-old midfielder Jason Knight in training.

Clarke-Harris and Ferguson give Posh enough spice to stay up

The Republic of Ireland international is expected to miss several months of the Championship campaign.

Derby are now desperate for new players and could turn to Rooney’s former side United, as well as rivals City.

Speaking to DerbyshireLive about potential signings, Rooney said: “Of course we have been doing our homework.

“Liam Delap is a player I really like. He has connections with Derby, he came through the academy here.

“Whatever Manchester City are doing with Liam, we are on top of that also and with James Garner and Teden Mengi, different players from different clubs we are on top if it.

“Ultimately it is on those clubs to see us as a suitable club for their players to go to and develop, so we have to wait and see on those players.”

As Rooney mentioned, he spent time in Derby’s youth setup before being signed by City two years ago.

He is yet to have a full season at senior level and could move to Pride Park in a bid to gain more experience.

Garner is a 20-year-old Englishman who can operate as a central midfielder or in a more defensive role.

He is rated highly by United coaches and could force his way into the club’s first team in the future.

Derby will face competition from Sheffield United for Garner’s services.

New Blades boss Slavisa Jokanovic is thought to be ‘very keen’ on the player and may launch a loan bid.

The final player alluded to by Rooney is 19-year-old centre-back Mengi.

He made nine appearances for the Rams during a loan spell last season and looks set to return in the coming months.

They will then face Salford City in the first round of the Carabao Cup on Tuesday.