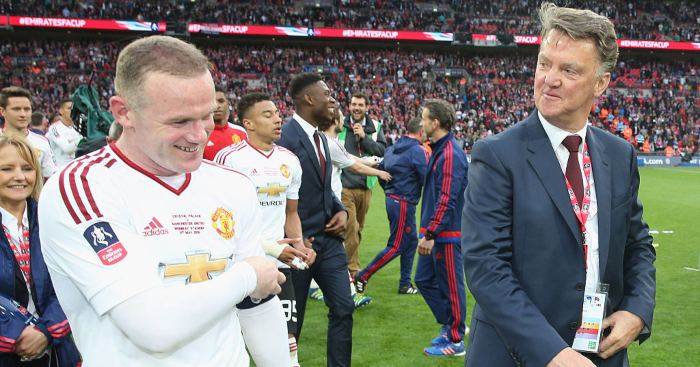 Wayne Rooney claims that the decision by the Man Utd hierarchy to sack Louis van Gaal in 2016 “devastated” him.

The Dutchman was relieved of his duties shortly after guiding Man Utd to FA Cup glory with the the Red Devils moving to hire Jose Mourinho.

It was finishing outside the top four in the Premier League which prompted Man Utd to act but Rooney thinks the club made a mistake not keeping Van Gaal on longer.

“I was devastated when Louis was sacked,” Rooney said in an extract from a new book, LVG – The Manager and the Total Person (via the Daily Mirror).

“For me, it was an absolute joy to work with him. We should have kept him for a third season. We would have been so much stronger.

“I felt things were improving and players started to understand his vision. In those two years I learned more than under any other manager.

“This is why I will be forever grateful to him. Not just for making me captain, but also for all the trust and belief he had in me.

“We didn’t have the best team in the league anyway, but we could not afford to have 12 players injured. Our best XI was good enough to play in the top four, but once we got injuries we got in trouble because we did not have the same quality in the squad as in the years before.

“At the time it was good for me because I had decided that I wanted to become a manager. And working with Louis in that way was priceless in my opinion, because I could learn so much from him. I could not have wished for a better example.”