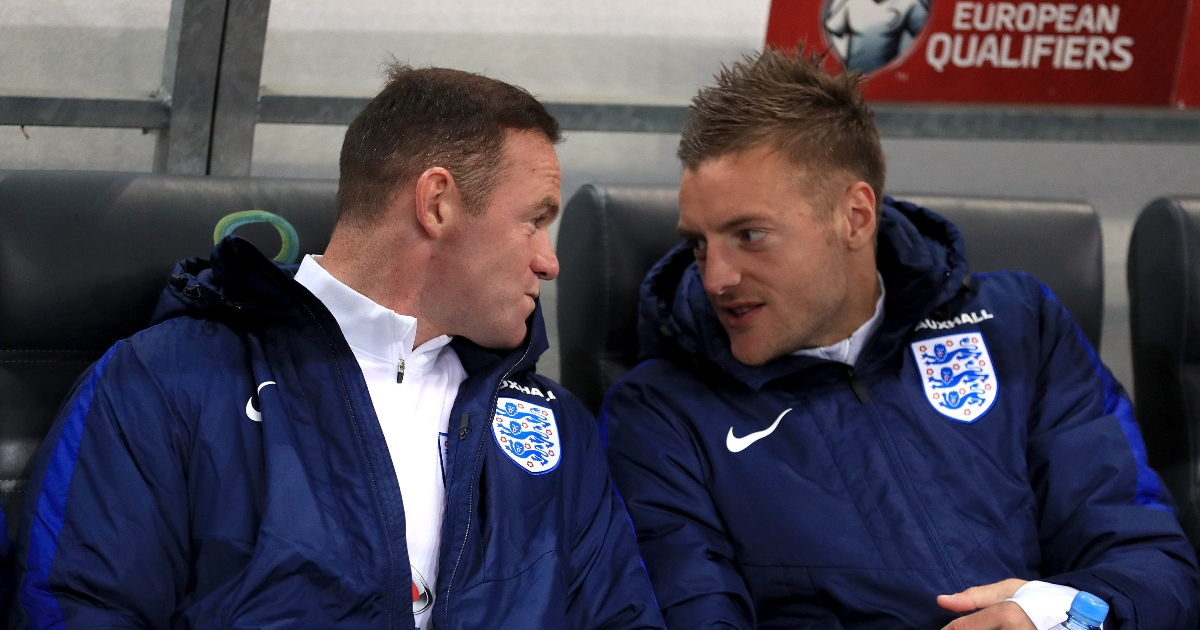 Wayne Rooney has revealed he would have “tried absolutely everything” to dissuade Jamie Vardy from retiring from international football, identifying the Leicester City striker as someone who could have been “a great asset” to Gareth Southgate at this summer’s European Championships.

Vardy, 34, called time on his England career in August 2018, having only featured sporadically at that summer’s World Cup.

He chose to focus entirely on his club duties and the decision has paid dividends, with Vardy netting 56 times in 103 appearances for Leicester over the last three Premier League seasons.

That led to calls for him to be summoned by Southgate for the Euros but the England boss was respectful of Vardy’s stance, omitting him from the provisional 33-man squad.

Rooney, England’s record goalscorer, feels the impact Vardy could have had on the team has been underestimated.

The Derby County manager said in his column for The Sunday Times:  “One man I wish was in Gareth’s (Southgate) squad is Jamie Vardy. I would have tried absolutely everything to lure him out of retirement for these finals.

“I know some people may be surprised at this, especially with the legal case between my wife and Jamie’s wife, but this is my honest football opinion.

“He may be 34, but Jamie is still a brilliant player, who was involved in 24 goals in the Premier League this season and would have been a great asset – not only as an impact sub but as a potential starter.

“Look at how Kane has been playing for Tottenham Hotspur, dropping deeper and playing through balls – Jamie could have been running on to them.”

In October 2019, Coleen Rooney (Wayne’s wife) accused Rebekah Vardy (Jamie’s wife) of leaking stories about her private life to the press, something which was strenuously denied by Rebekah.

She has since sued Coleen for libel over the allegations, with the saga now known as the “Wagatha Christie” case.

Despite the ongoing legal battle between the two families, it is clear Rooney holds Leicester’s marksman in high regard.

He continues to inspire his side to bigger and better things, with the club winning the FA Cup for the first time in their history earlier this month.

However, with Vardy retired, James Maddison overlooked, and Harvey Barnes injured, not a single Leicester player will feature at the Euros.