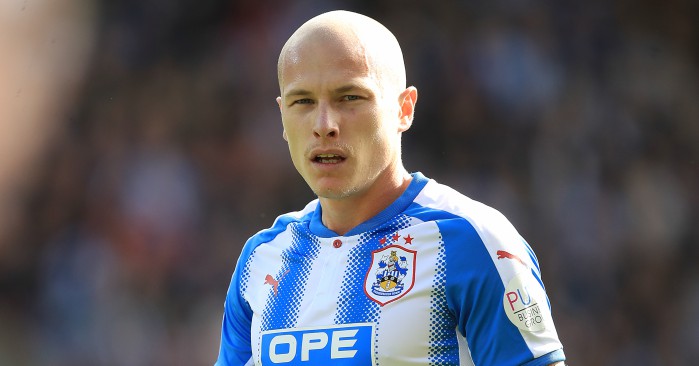 “He has great technical ability and defensive qualities. He is very unusual and that’s why I like this player” – David Wagner.

Unusual indeed. Huddersfield Town midfielder Aaron Mooy is the only footballer who features in the top 20 players in the Premier League for both tackles and chances created, so of course he is the only player to lead both those statistics for his club. In a sport of increasing specialism, he is the throwback all-rounder, the box-to-box midfielder who does everything – winning the ball, setting the tempo, creating chances and occasionally finishing them.

Aaron Mooy created the most chances (4) in the Premier League today without recording an assist.

Serving them up for Huddersfield. 🍽 pic.twitter.com/ABlgbHGOZJ

Australia coach Ange Postecoglou may have had his tongue firmly in cheek when he talked about the challenge of fitting Mooy and Celtic’s Tom Rogic in his starting XI as his ‘Gerrard-Lampard problem’ but Mooy is clearly the former Liverpool man in that comparison. Before anybody takes up pitchforks, nobody is saying Mooy belongs in Gerrard’s class, but he certainly has a similar style, being both combative and creative, with a hunger to win the ball, keep the ball and then use it wisely and with precision.

Having watched him score the only – quite wonderful – goal against Newcastle, Thierry Henry was impressed with a player who had never previously appeared on his radar. He used the word ‘magic’, which was nice, but he also tellingly said: “I like when a player thinks.” If that distinction suggests that ‘thinking’ is an unusual quality in a footballer then you would be right; it’s a quality so rare that it is prized by football managers who get incensed when players turn into trouble or make the wrong runs. To consistently make the right decisions, you need to think, and Mooy is a thinker.

“He is very football intelligent and knows when to accelerate and when to decelerate the game and he makes so many details right and he has a very big influence on our game,” said Wagner in December. ‘Big influence’ is a massive understatement; it’s difficult to see Huddersfield competing in the Premier League without Mooy. The returning Jonathan Hogg can take some of the defensive slack but he is a one-trick pony alongside a three-day event thoroughbred. The opening-day headlines may have belonged to Steve Mounie but the responsibility for Town’s survival lies almost entirely on the shoulders of Mooy and eclectic defender Christopher Schindler.