This is a Liverpool side built to bring joy to everybody but the opposition. 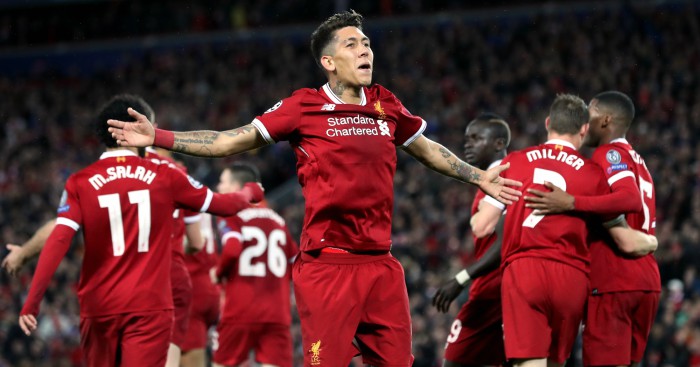 We are long past the point when all English fans support all English clubs in Europe but this Liverpool side threatens to challenge the tribal cynicism of 2018. They are fast and furious. They are dynamic and decisive. And they are then so very vulnerable. They put you on the edge of your seat and then up on your feet to celebrate before you even realise that you care. You dare not stop for a cup of tea, to kiss your wife or say goodnight to your children lest you miss something extraordinary.

Roma were truly abysmal at Anfield, playing as though they had not watched a single video of Liverpool this season. In hindsight, the Reds’ sluggish opening 20 minutes might be explained by sheer disbelief that any team would come to Anfield and play a high defensive line. It’s difficult to play football at the same time as lifting your hands to the sky and repeatedly mouthing the words ‘what the f*** are they doing?’.

But Roma’s astonishingly poor tactics tell only half the story of this leg; the rest deserves to be narrated by Liverpool’s forward players. Talk of Mo Salah winning the Ballon D’Or should be banned in April but we are truly in the presence of goalscoring greatness. These are now Ronaldo levels of excellence. And for every headline generated by Salah, there should be a standfirst dedicated to Roberto Firmino, whose hold-up play is as exemplary as his tracking back. He is the glorious gift that keeps on giving to Salah, Sadio Mane, Jurgen Klopp and Liverpool fans.

Nobody should win any semi-final first leg 5-0, least of all a Liverpool side which collapses as well as attacks in spurts, so it feels apt that the final score was a more precarious 5-2. I had predicted that this Liverpool defence would come under pressure and that an away goal might be disastrous; what I had not predicted was that Roma’s defending would be so suicidal that Liverpool would carve out a lead that is surely insurmountable.

For those of us not affiliated full-time with Liverpool, that late collapse simply makes them more endearing and us more giddy. We will not spend eight days fretting about ‘doing a Barcelona’ and losing 3-0 in Rome, but will instead quietly look forward to the next thrilling instalment, pretty safe in the knowledge that Roma will concede at least once more to this Liverpool side. How could they not? And how could we not be entranced?

Liverpool will surely advance from this tie and Liverpool will then face Real Madrid or Bayern Munich in the Champions League final. Behemoths of the game they may be – and they will certainly not walk blindfold into battle like the Romans – but they will feel vulnerable in the face of the most prolific and devastating attacking trio in Europe. This is a Liverpool side built to bring joy to everybody but the opposition.