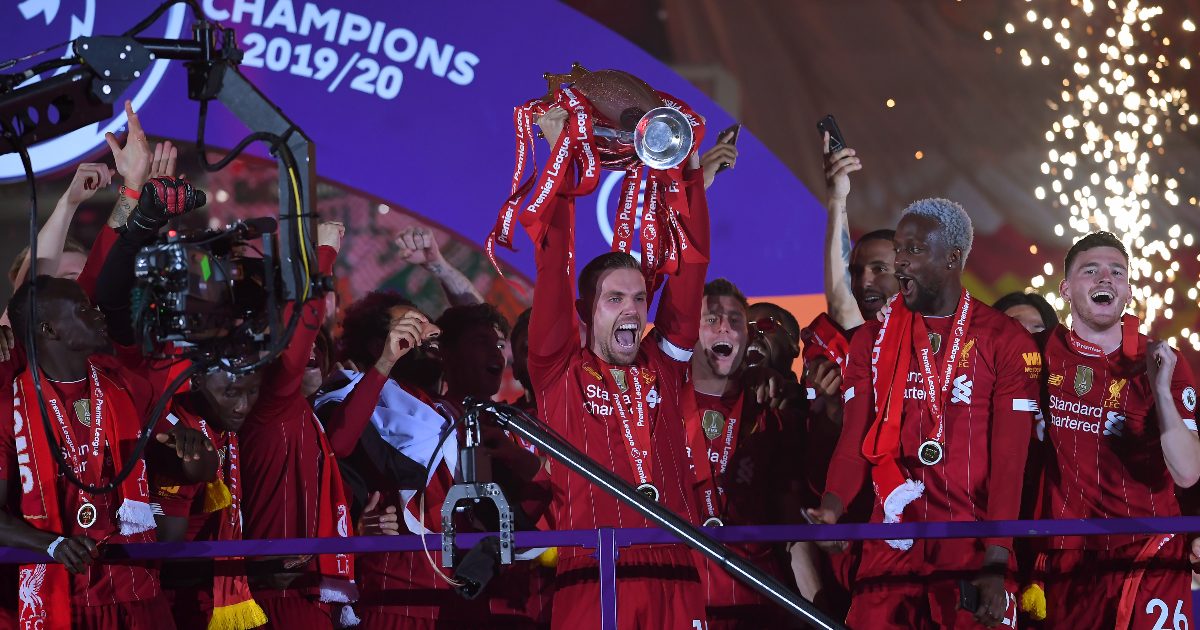 Liverpool captain Jordan Henderson has released a joint statement on the behalf of his teammates that expresses their disapproval of the European Super League.

Reports emerged on Sunday that the Premier League ‘big six’ had agreed to join the Super League along with six other teams from Italy and Spain.

Understandably, this news has received a huge backlash from all corners of the footballing world.

It has now been reported that Chelsea and Manchester City are withdrawing from the Super League.

Liverpool are yet to join them but the club’s players have expressed their concern at the proposals. Club captain Henderson has released a statement via Twitter which reads:

“We don’t like it and we don’t want it to happen. This is our collective position.

“Our commitment to this football club and its supporters is absolute and unconditional.

Earlier on Tuesday night, Manchester United star Luke Shaw released a statement of his own via his Twitter:

“Not a minute has passed when I haven’t thought about the current situation.

“I wondered how I could express my opinion without causing any issues for my club, which everyone knows I care about deeply.

“I grew up watching the Premier League and Champions League and fell in love with the sport watching what in my opinion are the two biggest club competitions in the world.

“My ambition was to one day be able to play in these competitions and part of this determination was to show that with hard work anyone can achieve these dreams and play on the highest stages.

“There is so much passion around the world for football and I have been privileged to experience that first-hand, however I worry that these changes could impact the sport that I and millions of others love.

“We’ve been without supporters in stadiums for over a year now and I know how much myself and the team have missed them in each and every game. Fans and players should always have a voice and their opinion should always be counted.”