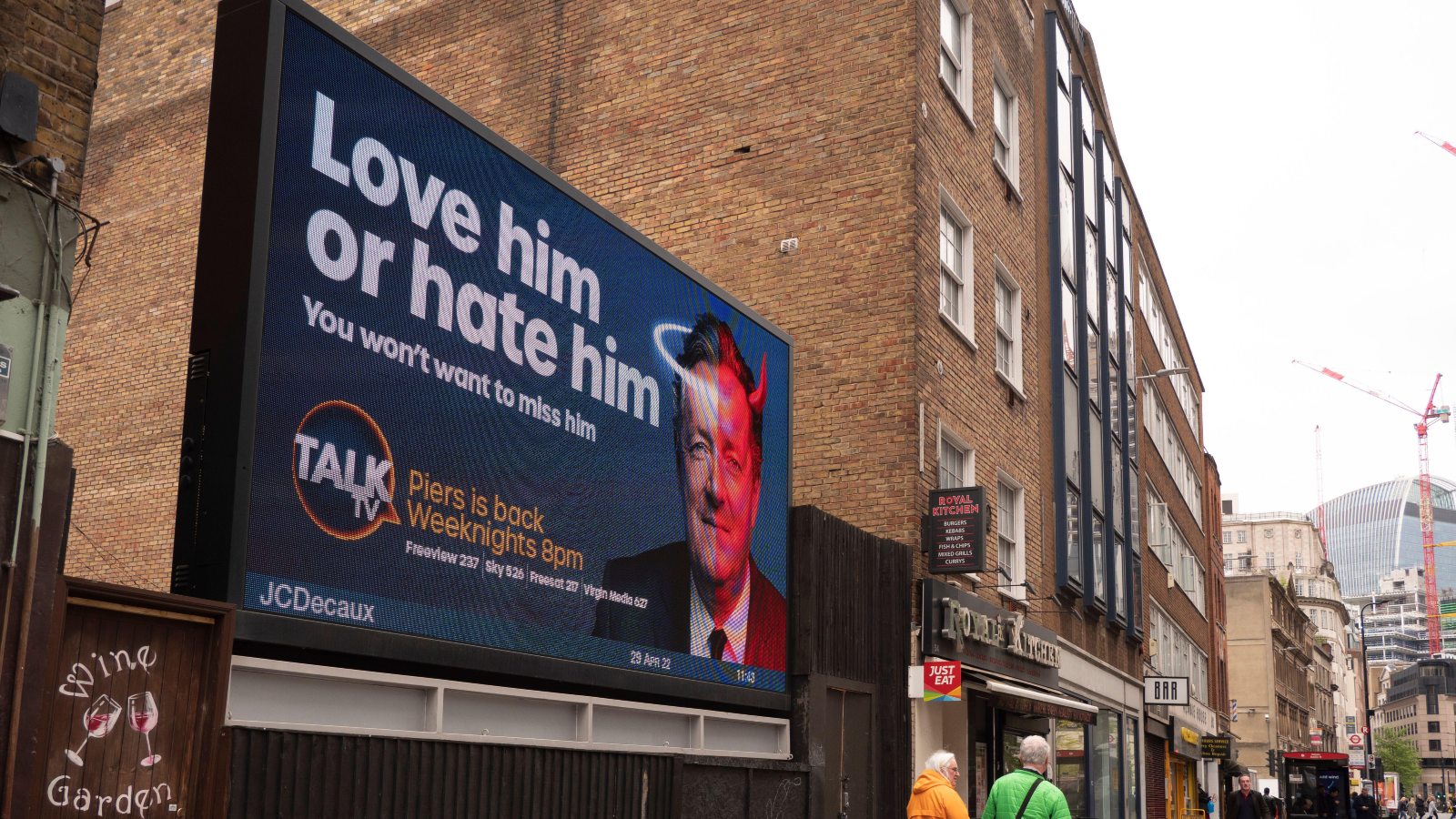 Sorry Piers Morgan because we thought you had been ghosted by Ronaldo and actually, the man has been in touch with emojis and nonsense…

An apology to Piers Morgan
In Wednesday’s Mediawatch we cynically suggested that Piers Morgan was not privy to the inner workings of Ronaldo’s mind as he revealed “I think he will be happy” when asked how Ronaldo was feeling about being released by Manchester United.

Mediawatch is happy to apologise because Morgan has written a Spectator column that absolutely confirms that they are in contact. Childish contact largely of gifs and emojis but contact nevertheless.

”You’d need to live on the moon not to know about Cristiano Ronaldo’s interview with Piers Morgan,’ said England footballer Jesse Lingard. I doubt even that would provide adequate protection.

‘I’ve never experienced such global attention for anything in my career, and it reflects Ronaldo’s status as world sport’s biggest star. In fact, given he has 25 per cent more Instagram followers than anyone else – he passed 500 million this week, 123 million more than his nearest rival, Lionel Messi – I’d argue he’s the world’s biggest star of any kind.

‘The interview’s been watched 15 million times on YouTube alone, which already makes it the most-viewed sports interview ever. It might even end up eclipsing the most-watched interview with anyone – Michael Jackson’s 1993 TV confessional with Oprah Winfrey, which got 63 million viewers.’

Only Morgan could see the rather large number of 15 million and think that sounds like it could eclipse the f**ing massive number of 63 million that watched Michael Jackson, as if those numbers are anywhere close to each other.

‘When I relayed this to Cristiano, whose ego makes me seem a bastion of humility, he chuckled. ‘Of course, is normal.’’

Of course, he’s a bell-end.

Morgan then uses the opportunity to boast about a conversation he had with Michael Jackson. That would be Michael Jackson, the subject of many, many child abuse accusations. Morgan then speeds through references to Iranian-American murderess Sheila Davalloo and Donald Trump to complete a triptych of horror namedrops.

If we were David Seaman or Keir Starmer we would not be comfortable in that company but they get honourable mentions as Morgan details ‘some cunning masterplan’ to make Ronaldo an Arsenal player. How tedious is this now? It would be the worst of all ideas for Arsenal. And not just because it is Morgan’s idea for Arsenal.

Morgan then writes that he will be ‘joining Ronaldo this weekend at the World Cup in Qatar’ as if they were meeting for a lovers’ tryst when actually he is somehow being paid as a pundit for Fox Sports, presumably to decry all things woke and snowflake.

Via a final James Corden namedrop that is not as impressive as Morgan thinks, he ends by confirming that Ronaldo has indeed been in touch since having his contract terminated by Manchester United. Many apologies Piers.

‘I sent him a gif of Mel Gibson as William Wallace in Braveheart screaming: ‘Freedom!’ He replied with laughing emojis and said: ‘For sure, free as a bird. The interview changed everything.”

For Morgan, maybe, for he is suddenly relevant again. For ten minutes at least. At what point will Ronaldo realise that he could probably have just asked to leave and not looked like such a dick?

He really didn’t. Here is what he actually said:

“Cristiano could have been worried at a specific moment but we know what the World Cup means for him.

“He mentioned the 2016 European Championships was a great achievement for him, and I’m sure his focus has always been there for this tournament.”

Warn! What is it good for? Absolutely nothing!
Talking of Ronaldo warnings, the Mirror have dug up some quotes from one Lionel Messi from November 2021 in which he said:

“United are a very strong team with great players. Cristiano already knew the club, but that was at another stage and now he has adapted in an impressive way.

“From the beginning, he has scored goals as always and had no problems adapting. In the Premier League, it is not as good as we all thought, but it is a very difficult and even competition in which things take a lot of turns. After December it changes a lot and anything can happen.”

And now we are told that ‘Lionel Messi warned his long-term adversary Cristiano Ronaldo that his glorious homecoming transfer to Manchester United last summer was unlikely to go to plan’.

Did he f***. He spoke long after the ‘glorious homecoming transfer’ had gone to sh*t (for Manchester United at least), with Ole Gunnar Solskjaer already sacked. And it was not so much a ‘warning’ as an ‘utterly anodyne statement that managed to massage Ronaldo’s ego’. We covered it here.

We won’t bore you again with the definition of ‘speaks volumes’ (short version: it involves no words) but even the Mirror should know the meaning of ‘warning’ by now. Though they struggle with ‘as’ so maybe we expect too much.

Madd about the boy
‘JAMES MADDISON is set to MISS England’s second World Cup game against USA,’ is the news we were all dreading from The Sun.

How will an England team who have just won 6-2 cope without the one-cap wonder? But never fear because…

‘Boss Gareth Southgate may even wait until the knockout stages to unleash Maddison with the Three Lions in a strong position to qualify after Monday’s result.’

And God help the rest of the world when that happens.

The Daily Mirror breathlessly tell us: ‘James Maddison looks certain to miss England’s clash with the United States and is battling to save his World Cup dream.’

John Fashanu in 2020: “I feel so proud to have played in the Premier League for so many years and now to see today’s stars staging their own protests.
…
They are powerful influencers. It’s a huge step.” https://t.co/FQE5eBZy5x pic.twitter.com/l0dbnLGBnu

Seeing it through
QPR boss Michael Beale, October 25, explaining on talkSPORT why he rejected Wolves: “I think the people close to me are really aware of what I want to achieve here at QPR and what I came here to set out and do.

“Also, integrity and things like that are really important to me.

“It’s important that you do well and you show you can do that over a consistent period. I hadn’t felt that I had done that yet, so overall, it was an easier decision than it may seem to people on the outside.

“I’d invited a lot of players to come and join the club, and I had to sell the project to them. So it was important that I see that through.”

‘MICHAEL BEALE is edging closer to an emotional return to Rangers to succeed Giovanni van Bronckhorst as boss’ – The Herald.