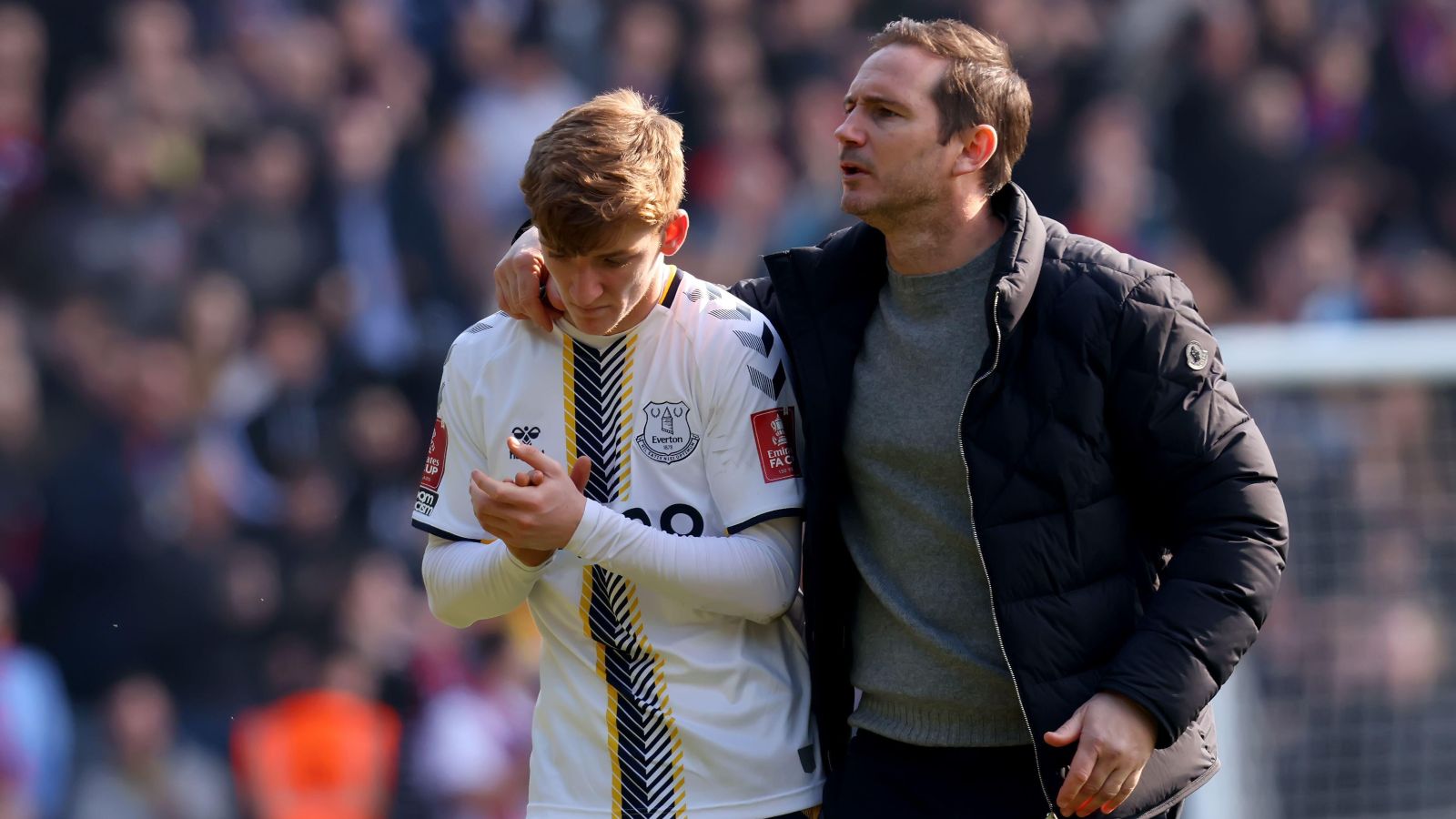 The Toffees got back to winning ways over the weekend with an emphatic 3-0 win over Crystal Palace.

Lampard’s side had been on a three-game losing streak before the weekend, but they managed to find their goalscoring touch against Patrick Vieira’s side.

Gordon has been quick to praise Lampard’s vision and how Everton performed against Palace.

The 21-year-old explained (via EvertonTV): “We trust in the manager’s idea and it’s coming off on the pitch now,” the 21-year-old told evertontv.

“Our second goal came all the way back from the goalkeeper. That’s what all the top teams are doing.

“It’s genuinely what we’re working on. We’re doing those patterns of play in training and for it to start showing in games gives us confidence. We trust the manager, we trust in his ideas.

“It was a massive win, because it shows the character of the team. What a performance off the back of three losses.

“It was complete. The defence have been unbelievable all year and it was up to us [the attackers] to start stepping up. We did that.

“The defensive unit kept a clean sheet and you look at how Seamus [Coleman] played against Wilfried Zaha, who is a top player… We’ve been solid all year and the bit we’ve lacked is that final third stuff. It’s good everything’s coming together.

“It was time for me to go back to basics. I think I got my reward for that. Because I worked so hard, I got my goal.

“I believe in making your own luck. If I keep doing the right things, things will come good for me.

The 21-year-old scored Everton’s second goal of the game against Palace and had an impactful performance.

Gordon has been at the centre of plenty of transfer speculation recently as contract negotiations with Everton continue to stall.

Calvert-Lewin was also on target for the Toffees over the weekend as he scored his first goal of the season.

Gordon spoke on the striker’s impact, adding: “We’re so happy to have him back. He makes the game so much easier for us.

“He created his goal from himself, really, out of nowhere.

“He’s a massive player for us and we’re buzzing to have him back.”

Next up for Lampard’s side is a trip to Craven Cottage to face Fulham next week in the Premier League.