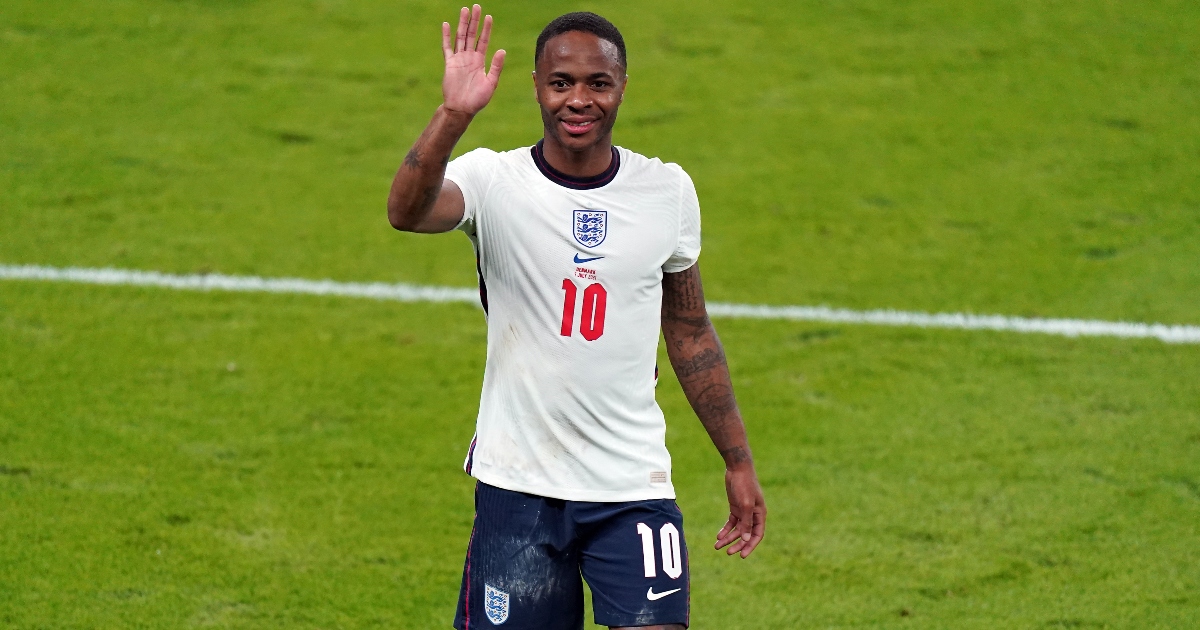 The Manchester City winger is targeting glory with the Three Lions, and insists that is the mentality throughout the squad.

They were a penalty shootout away from winning the European Championships in July – losing to Italy.

“You still have people saying congratulations or something and it’s like… there’s not much to congratulate as we didn’t win,” he told Sky Sports.

“That’s the great thing within the squad, we’re not happy with doing well and putting on a show for the country, we genuinely wanted to come home with that trophy and that’s the mentality in the squad now.

“It was class, we went to the final but we want to win, we want to make history, and I think that’s the message since day one when Gareth (Southgate) came in.”

Sterling was part of England squads that failed at the World Cup in 2014 and Euros in 2016, and he has credited manager Gareth Southgate for turning their fortunes around.

The 26-year-old has emphasised how the 51-year-old worked hard on changing the media’s perception of the squad.

“I feel like when I first went into the camp, it was very much them versus us, the media versus the players,” he said.

“When Gareth came in, he made it very clear what his intentions were, they were to make England challenge on all fronts, make us challenge at Euros and World Cups.

“If we were to do that, we had to change the perception in the media, public and us the players – we all had to be one if we wanted to achieve something with the national team.

“From the moment he (Southgate) came in – he really tried to work on building that relationship with the media and the fans and I think he’s done a fantastic job at doing that.”

Sterling has 70 caps for his country, scoring 18 goals in the process.

Despite struggling at club level this season, he still remains a key player under Southgate.