Home All The News Weird deal of the day? Carson set for ‘dream’ Man City move 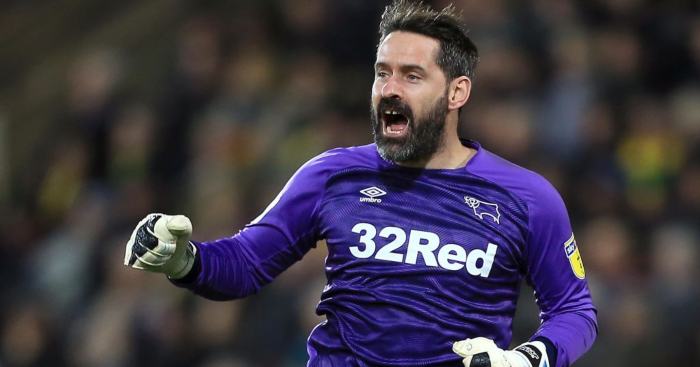 Derby County goalkeeper Scott Carson is set to move to Manchester City on a season-long loan deal, according to reports.

The Sun claims that Pep Guardiola ‘has made a stunning move’ for the former England international as he looks to provide competition for Ederson and Claudio Bravo.

Carson, who made 30 appearances in the Championship for Derby last season, will complete a season-long loan to City on transfer deadline day.

Sources have told The Sun that Derby found it ‘impossible to stand in the way of a dream move’ to City with Guardiola looking for an ‘experienced homegrown keeper’.

Carson has made over 100 Premier League appearances in the past for the likes of Charlton, Aston Villa and West Brom, while he has four caps for England.

This could be one of the more unexpected deals on transfer deadline day. Follow all the bulls**t and done deals as they happen on our live blog here…