Home All The News Welbeck addresses ‘boredom’ and injury frustration 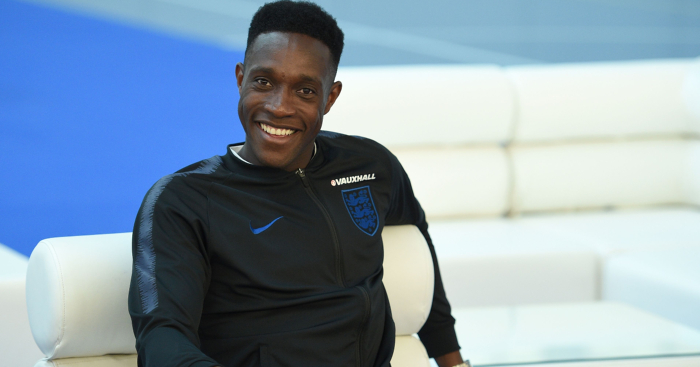 Danny Welbeck spent enough time cooped up through injury that talk of boredom setting in at England’s remote World Cup base is immediately laughed off.

The Three Lions head to Russia on Tuesday as the next phase of World Cup preparations gets under way at their team base in Repino.

Around 45 minutes away from the nearest city of St Petersburg, there have been questions about the suitability of the quiet area for players during the World Cup.

England’s much-maligned Rustenberg base in 2010 has been mentioned in the same breath, but Gareth Southgate gave short shrift to talk of boredom calling it “sad, nonsense and a big red herring”.

Welbeck echoed the England manager’s sentiments ahead of the team heading east, with injury problems of recent years giving him a philosophical outlook.

“For me, nothing like that seems to bother me,” he told Press Association Sport with a laugh.

“I’ve had surgery and then not been allowed to put weight on my leg for two months, so I’ve been stuck in a room and that sort of stuff.

“I know what I can do to occupy myself, occupy my brain.

“If I am on my own, I like my own company (laughs) after that, so I am cool. That sort of stuff won’t really bother me.”

Welbeck’s approach is shaped by the eight-month injury lay-off that saw him miss Euro 2016 and has disrupted his time at Arsenal, where he has had a couple of niggling issues since recovering from that knee complaint.

“Obviously as soon as you have the injury, you’re not in a happy place at all,” the 27-year-old said.

“You know once you’ve had the surgery, you’re going to be out for a certain period of time.

“I missed the last Euros and you miss however many months of the Premier League season and that’s the one thing you want to do as a footballer – you want to be playing football on the football pitch and enjoying playing the game that you love.

“When you get an injury, that takes it away from you but there’s things that you can do to try and take it in a positive way however hard it may be.

“With it being an injury, it is so negative, but you try and get the positives out of it, see what you can do to learn from the game.

“You might not be able to play but you still learn mentally and that sort of thing, so I think you’ve just got to try and find that positive.

“At the end of the day, you’ve still got that hunger and desire to get back out on the pitch and that’s what will drive you on.”

Welbeck did enough on his return to earn a place in his third major tournament squad with England, although the road to full fitness has had bumps along the way.

“When you come back from an injury, you don’t just go ‘bang’ straight back into things,” he said.

“You have to get into the repetition of playing games, of training consistently and getting more robust because you’ve been out for a long time and you go straight back in at the top end of football.

“It’s hard, you feel it on your body, but you’ve just got to keep on sticking at it, make sure you can do whatever you can to feel as best as you can.

“You just keep ticking away and just keep on trying to improve.”

Welbeck came off the bench last Thursday to wrap up England’s 2-0 friendly win against Costa Rica and is now looking to help make amends for the World Cup four years ago.

“It makes you hungry, but I don’t think you need the extra motivation going into a World Cup,” the forward, one of the five survivors from the 2014 squad, said.

“I think it’s important not to dwell on the past.

“Obviously we know that wasn’t good enough and since then the team, the squad, has come on such a long way.

“We look forward to it with hope and optimism and focus on the World Cup positively.”