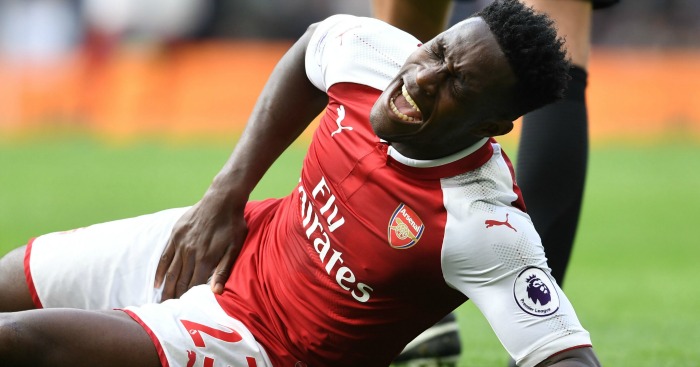 Somehow, Danny Welbeck is the eighth oldest current Arsenal player to start a league game this season. That fresh-faced, perma-smiling 23-year-old became 27. Welbeck is the reverse Peter Pan, the boy who suddenly grew up. To talk any more about his potential is to unfairly ignore those now a footballing generation younger than him.

Writer Karl Ove Knausgaard has a theory about time. He believes that only when we have reached the correct distance from objects and events – what we might call knowledge – does time start to speed up.

‘We read, we learn, we experience, we make adjustments,’ Knausgaard writes. ‘Then one day we reach the point where all the necessary distances have been set. That is when time picks up speed.’ When time has no obstacle in its path, no moments of reference, it flies by.

That tells the story of Welbeck between 2015 and 2018. Between 2011 and 2015, he progressed from promising youngster to trophy-winning player and England regular, experiencing an awful lot in a relatively short period of time. Since then, Welbeck’s career has lost its milestones and its markers. He had always been kept slightly in the shadows, but a step back from there took him into total darkness. A career has thus ebbed away at double speed.

Welbeck’s career is easily split into two: the roll of honour and the experience. He was in Manchester United’s first-team squad when they won three Premier League titles, but started only 14 matches across all three. He has won two FA Cups, but started only five games in both runs combined. He has won the Champions League, but didn’t play a minute in the competition that season. He has felt eternally useful to England, but has not started a competitive game for almost three years. Welbeck has started more than 20 league games in a season twice in his career, and never scored ten league goals. He has managed fewer than 120 Premier League starts in his entire career.

Therein lies the Welbeck Paradox. Footballers are often defined by their honours, but silverware without responsibility is nothing. Nobody can truly be sated by success unless they have had an integral part in its achievement. Others might remember your trophies, but you remember your moments.

Now Welbeck is Arsenal’s Europa League forward, or at least until the competition gets serious enough for the first-teamers to step in. It’s the role that few want and none truly clamour for. There is a huge difference between being a squad player at your hometown club and one hundreds of miles south. The boy from Longsight is a long way from home. Welbeck grew up on Markfield Avenue, less than three miles from Old Trafford. 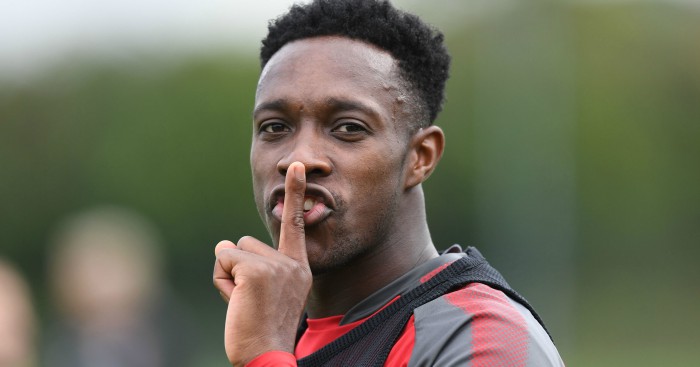 There is a permissible argument that Welbeck was never quite good enough for what Manchester United, Arsenal and England needed (and need) him to be, but that is an unanswerable – and uncharitable – question. He left his hometown club – who happened to be the biggest club in the world – at the age of 23 in search of regular football and further international recognition, a young man challenging himself not to make do. Having trained from the ages of eight and 18 to do all he ever wanted, his career was then undermined by devastating injury.

Since arriving at Arsenal, Welbeck has missed 81 games missed through issues with knees, cartilage, toe, hip and groin. Even if you consider that an inevitable risk of the industry and that club, it hardly reduces the gloom.

Often overlooked is the anguish caused not by injuries themselves, but the situation faced post-recovery. In a sport that never sleeps, replacements are sourced and new heroes identified. If there is one thing harder than not being able to play, it’s not being allowed to.

For clubs and countries like Arsenal and England, eternally frustrating to their beloveds, a reputation can often improve in absentia. But that only makes the comeback harder. You are asked – expected – to start at a sprint. The rustiness sticks out.

“The first injury that came was difficult to take. I’d never been out for so long and experienced such a situation,” Welbeck told Sky Sports in January 2017. “But the second one just wiped me out completely. It just felt like someone was there punching me each time I tried to get back up.” I’m sure some find the social media memes about injury-prone players amusing, but I must have missed the joke. It’s heartbreaking.

For Daniel Sturridge and Theo Walcott, the same issue exists. Instinct players who are too developed to learn a new way, but whose instincts have been eroded by the physical and mental impact of injuries. It becomes harder to trust what always used to work, and nothing else does.

These three were once England’s blue-eyed boys, not part of a golden generation but still with more than a little lustre. Only one player has scored an England hat-trick since Walcott. Only three current players have more England goals than Welbeck. Only ten players have scored for England at a World Cup and European Championship, and Sturridge is one. The class of ‘89 and ‘90, now slumped into footballing middle age.

It is easy to predict Welbeck’s Arsenal future, because we have seen it before. Arsene Wenger will talk up his importance while simultaneously proving those words cheap by rarely picking him. With a contract expiring at the end of next season, he may well be sold this summer or leave on a free transfer in 2019. By then, Welbeck will be almost 29. Will he still be battling to establish the points of reference that can slow down time?

“Playing football every single day on the streets and just having a kickabout. That’s what made me happy when I was younger and it’s still what makes me happy today,” Welbeck said in an interview with Arsenal’s official website last year. “Even now, you’ve really got to enjoy playing football and I think that’s when a lot of us are at our happiest, when we’ve got the ball at our feet.”

All Welbeck ever wanted to do was play football and all he ever wants to do is play football. But he is the street footballer who can’t play, the forward who desperately wants to rediscover form and make people happy but is having to do so in an impossible environment where there is no room for patience.

That task only gets harder, never easier. Time only ever speeds up. Dat Guy is in danger of becoming Dat Forgotten Guy, and it’s a crying shame.