Home All The News Welcome home: Ten players who returned in style 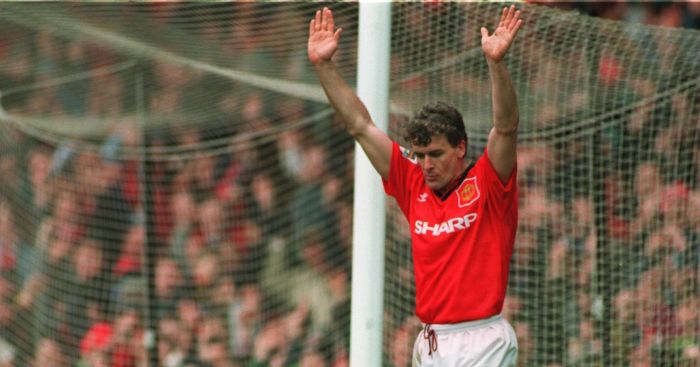 10. Thierry Henry (Arsenal)
After scoring 226 goals in 369 appearances for Arsenal from 1999-2007, it was always a bit of a risk for Thierry Henry to return to the Emirates, but fans were certainly excited when Arsene Wenger confirmed the legend would be coming back on loan for two months from MLS side New York Red Bulls. It was more of a swansong, as nothing could possibly damage Henry’s incredible status as an Arsenal icon. He scored twice in his seven-game return with a winning goal against Leeds United in the FA Cup, while a stoppage-time strike ensured the Gunners took all the points in a 2-1 victory over Sunderland in his last league game for the club. All’s well that ends well.

9. Graeme Le Saux (Chelea)
Born in Jersey, Graeme Le Saux came through the Chelsea youth ranks before making it as a first-team regular at Stamford Bridge. Despite shining as a young left-back, Le Saux’s first period with the Blues came to an abrupt end when he threw his shirt at the feet of Ian Porterfield after being substituted against Southampton in 1993. The defender was soon sold to Blackburn Rovers where he became a regular for the England national team and won the Premier League. The £5m paid by Chelsea to re-sign him in 1997 made him the most expensive English defender at the time. Le Saux spent another six years in west London, racking up a further 140 league appearances and winning three trophies, including the 1998 UEFA Cup Winners’ Cup.

8. Robbie Fowler (Liverpool)
“God” – as the Liverpool faithful still refer to him – made his return to Liverpool for the 2006-07 Premier League season. During his first spell, Fowler’s prowess in front of goal was up there with any striker ever seen at Anfield, scoring 171 goals in all competitions. The homecoming was not quite as prolific – playing a bit-part role for much of the campaign – but he did manage to add another 12 to his tally, putting him among Liverpool’s top ten goalscorers of all-time. When Rafa Benitez signed Fowler on a free transfer from Manchester City, he said: “I’m not sure I’ve ever seen a player quite so happy to be joining a club before.” Lovely.

7. Teddy Sheringham (Tottenham)
A total of 22 goals won Teddy Sheringham the first golden boot of the Premier League era in 1992-93, sparking interest from a number of clubs. Sheringham stayed put, but Tottenham’s lack of silverware meant that his head was turned when Manchester United came knocking in 1997. Sheringham was a key part of Sir Alex Ferguson’s treble-winning squad, scoring key goals off the bench in the FA Cup and Champions League finals, but returned to White Hart Lane as his contract expired after being forced out of the United side by Ruud van Nistelrooy. He managed 22 goals in 80 appearances over two seasons back in north London before moving to Portsmouth in 2003. Sheringham left without ever winning a trophy with Spurs.

6. Nemanja Matic (Chelsea)
The second spell can sometimes be the sweetest, as Nemanja Matic has so far proved at Chelsea. Matic spent two years at Stamford Bridge between 2009-2011 – making just three appearances – before he was used as part of the deal to bring David Luiz to the Blues from Benfica. Three years later Matic had established himself as a key player in the Portuguese league and Chelsea shelled out £21m to re-sign him in January 2014. Despite a nightmare of a season in 2015-16, Matic’s time back has been fruitful, with two Premier League titles and a League Cup trophy. Currently being linked with a summer move to Manchester United, because Jose Mourinho just can’t get enough of that auto-Matic high.

5. Didier Drogba (Chelsea)
When Didier Drogba scored the winning penalty for Chelsea in the 2012 Champions League final, it was seen as the perfect time for the Ivorian to bow out from the club. It ended up that way, no contract renewal on the table as Drogba headed off to Shanghai Shenhua and Galatasaray before making his Stamford Bridge return two years later. Although his second spell was far from prolific, he made 40 appearances in the 2014-15 season to help Chelsea to the League Cup and Premier League double. He scored a trademark header at Old Trafford that season as well as another six goals to fully confirm his legendary status.

4. Carlos Tevez (Boca Juniors)
Following eight seasons with Manchester United, Manchester City and Juventus – winning 13 pieces of silverware – Carlos Tevez decided to return to his homeland and the place it all began. The move to Boca Juniors was a surprise to many as observers believed he still had a lot to give in Europe’s top leagues. However, Tevez – who came through the youth system at Boca – was happy to move back home and keep up his impressive scoring ratio. He bagged 25 in 58 matches on his reappearance at La Bombonera with his goals helping them win the Primera División and Copa Argentina. And then the money urge came…

3. Jermain Defoe (Tottenham)
Starting his career at West Ham, Defoe was soon on the move with Tottenham snapping him up for £6m in 2004. He spent four years at White Hart Lane in his first spell with 64 goals in 177 appearances before returning only 12 months after leaving the club. That one year was spent with Portsmouth, where he revealed his intentions to leave and his heart was set on a move back to Spurs. Pompey bought Defoe for £7.5m and just a year later they were selling him back to the same club for £15.8m. Defoe was well worth the money as Tottenham squeezed another 79 goals in 186 matches out of him. The renaissance continues…

2. Mark Hughes (Manchester United)
Hughes rose through the ranks of Manchester United’s youth academy to become a regular under manager Ron Atkinson between 1983 and 1986. The Welshman then took the plunge and tested himself out on the continent with two seasons abroad, the first with Barcelona and the second with Bayern Munich. However, he couldn’t recapture the form he had shown in England with only ten league goals for both clubs combined. That led to United paying a then club-record fee of £1.83m for Hughes, who went on to help them to their early Premier League success under Sir Alex Ferguson and the Cup Winners’ Cup in 1991. Hughes scored 116 goals in 352 appearances for United before continuing his playing career at Chelsea, Southampton, Everton and Blackburn Rovers.

1. Ian Rush (Liverpool)
In 1980, a 18-year-old Ian Rush made the move from Chester City to Liverpool despite interest from Manchester City and his boyhood club Everton. It took time for Rush to settle in at Anfield with no goals in his first season, before he really hit his stride in the six campaigns that followed with his goal tally reading 30, 31, 47, 26, 33, 40. A brief nine-month stay at Juventus followed, but Rush never settled in Italy and returned to Anfield for a club record £2.7m. He went on to score another 139 times over eight years to make him the club’s all-time leading scorer with 346 goals in total. Rush picked up five league titles, three FA Cups, five League Cups, three Charity Shields and one European Cup in two spells.