Home F365 Says Welcome to Sheffield Wednesday: the club with no tomorrow 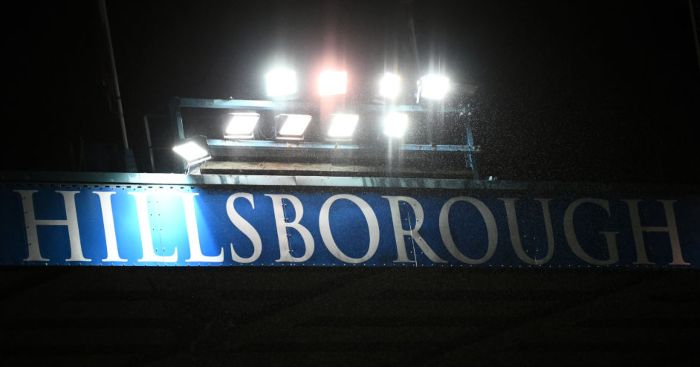 Just a half-dozen stone throws away from the corrugated steel stands of Hillsborough, one Sheffield club is showing how to succeed despite copious amounts of struggle behind the scenes. Wednesday, on the other hand, have seen off-field troubles encompass and envelop almost everything the club has to offer.

Those four faded royal blue stands are now quite the metaphor for ‘an owl in the hand is worth two in the bush’. Wednesday no longer own their Hillsborough ‘home’ and with just a week until the start of the season, there is no permanent man set to take to the dugout.

Coupled with Steve Bruce’s acrimonious departure to manage boyhood club Newcastle United, the past few weeks in S6 have been reminiscent of much of the events in this corner of the Steel City over the last half-decade.

Having combatted illegal Financial Fair Play numbers for the 2017/18 season, it transpired that owner and chairman Dejphon Chansiri sold the historic stadium to another of his companies, allowing for a profit in nothing but name.

Wednesday may have escaped sanction this time, and only just, but profiting from a situation should be a positive, yet the financially-hardened Steel City outfit are in a never-ending circle of negativity which shows few signs of ceasing. And still it remains to be seen whether rock bottom has even been reached.

Similarly #SWFC paying out £168 in wages for each £100 of income seems crazy, but Harry Redknapp’s Birmingham City had a ‘hold my beer’ moment compared to Wednesday, paying £202 instead. pic.twitter.com/84BDRlCJoW

There may now be a tomorrow for Sheffield Wednesday, but unlike the rest of the country, the Owls are waking up to blanket layers of thick, black clouds and a potential thunderstorm. Shelter, though, is not forthcoming. Couple the overspend on an underachieving squad with no permanent manager and a season which starts in just a week’s time and you have a club with no plan, no succession, no way forward.

And while Chansiri can by no means be put on the pedestal for poisonous ownership alongside those at Coventry City, Bury and Bolton Wanderers, much of the downfall at Hillsborough has arrived since the Thai businessman came to these shores in 2015.

Two successive failed play-off campaigns saw the Owls’ financial gambles almost come off but since Carlos Carvalhal was pushed from the dugout midway into his third season, the situation has gone from bad (Jos Luhukay) to worse (Bruce jumping ship) to ‘where do we go from here?’

The soft transfer embargo may be gone and promising talent and Championship experience brought in through the likes of Moses Odubajo and Kadeem Harris, but these are players released by clubs looking to achieve what Wednesday nearly did just a couple of years ago – promotion to the Premier League.

Meanwhile, the squad is top-heavy with players hungover from such failed promotion bids: Fernando Forestieri, Kieran Lee, Steven Fletcher and Tom Lees, to name but a few. Championship clubs may be afraid of spending this summer, but Wednesday are in need of wholesale changes, or at the very least, evolution.

So, how to escape this warp? Big bucks help, but Wednesday are starved of them thanks to the FA’s stranglehold. Premier League promotion brings nine figure fees and Bruce – something of an expert in that field – looked the best bet to achieve that, but with the Owls on the lookout for a new manager, it seems unlikely lightning will strike twice on such a highly gifted manager taking a punt on the troubled club. So the promise of top-flight football seems ever more likely to linger in the distance.