Home F365 Says We’ll live and die in these towns…do those in charge care? 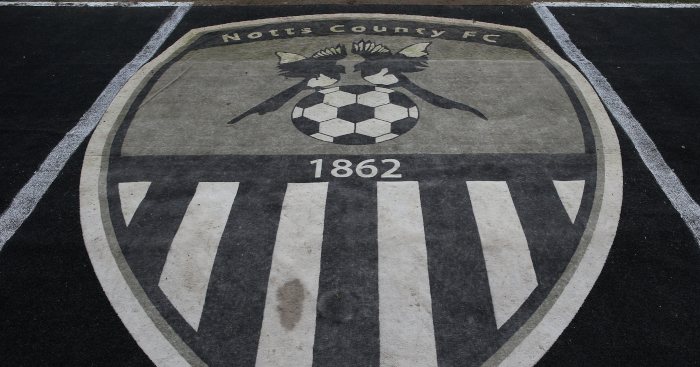 Another day, another winding-up petition for an English Football League club. Two on Wednesday, actually, with Bury and Notts County up in the High Court over unpaid debts.

Bury, another proud club who started kicking a ball about during the reign of Queen Victoria, gained a reprieve from winding up over “historical debt” to former assistant Chris Brass after a payment plan was produced. However, HMRC applied to replace Brass as debt petitioner for over £277,640 in overdue tax and the case returns to court on May 15.

These are established, historic clubs from minimum-wage areas looking to scrape together lottery-winning sums to stay afloat.

Barely a day goes by without reports of EFL clubs not paying players or facing winding-up petitions, with the peek-through-your-palms revelations of Kieran Maguire on Twitter who dares to delve into the terrifying and murky financial world beneath the top flight.

A random selection of football finance expert Maguire’s findings over the past fortnight revealed Colchester United losing £65k a week in 2017/18 with debts to the parent company of £22 million – an astronomical sum in League Two.

Colchester United don’t own their stadium but rent charge linked to matchday income and was £140k for the year. The club owes parent company over £22 million #ColU pic.twitter.com/rvb9o4CjgP

It seems less a house of cards than a game of Mousetrap, with the cage threatening to lower rapidly and imprison those still inside.

Problems aren’t just related to debt but to the running of clubs as a whole, with Port Vale chairman Norman Smurthwaite, at war with a section of fans, threatening to put the club into administration by May 8 if new owners aren’t found.

Meanwhile, at Coventry City, the Specials’ track Ghost Town could soon come to describe matchdays with the Sky Blues homeless unless hedge fund owners SISU can solve an impasse over the Ricoh Arena.

All this dysfunction is testament to the shitshow that is English football, forever in the shadow of the Premier League glitz. And it all comes with a human cost; as another fine Coventry band the Enemy once said: “We’ll live and die in these towns.”

Crises in the provinces seem distant for the blazer brigade but all too local and distressing for communities that surround afflicted clubs.

The sport constantly refers to a ‘football family’ yet the powers that be apparently don’t give a toss about the stress placed on fans when their club looks like it is going to the wall. It might not be the primary cause but good people all too often pass on with the clubs that they have dedicated their lives to left in thoroughly avoidable peril.

Brian Lomax, the father of the supporters’ trust movement, was sadly one such person lost. He died in 2015 with his beloved Northampton Town on the rack over a monstrous misdirection of public funds meant for a stadium development that was never finished.

The Premier League burst into existence at the same time as the supporters’ trust movement and the free market f*ck-fest trampled over most of the sensible fan-ownership work that Lomax advocated after setting up Supporters Direct. Trickle-down economics is a trick.

Today, Supporters Direct, the organisation dedicated to delivering fan-owned clubs and funded by the Premier League, has had to merge with general interest fan body the Football Supporters’ Federation for funding reasons. Yet its influence has never been more necessary.

Accrington Stanley chairman Andy Holt has railed eloquently against the crisis in governance and finance in English football but his calls for an independent regulator have fallen on deaf ears from fellow club owners, the EFL and FA.

That all points to a team game that doesn’t actually care about said teams. This is now a collateral damage sport with disposable clubs in a cold-hearted country.