Home All The News We’ll miss Kane, but we have to be positive – Poch 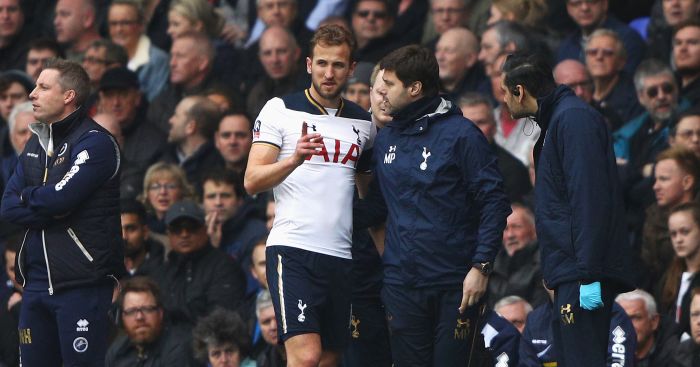 Spurs boss Mauricio Pochettino admitted his worry at the potential of losing star striker Harry Kane to injury as they beat Millwall 4-0.

Heung-Min Son scored a hat-trick at White Hart Lane as Spurs thrashed the Lions 6-0 to reach the FA Cup semi finals, but Kane was forced off after he rolled on his ankle.

Kane looks certain to miss next weekend’s Premier League game at home to Southampton and is also a doubt for England’s fixtures against Germany and Lithuania later this month.

Pochettino will hope Son can continue his form in Kane’s absence while Janssen’s goal was the Dutchman’s first from open play since joining Tottenham last summer.

“We can’t cry about it now. We have to be positive. We have players enough to try and replace him,” Pochettino said.

“When you lose a player like Harry Kane, you know you’ll miss him. But it’s important for the players who play in his position, Son or Vincent today, to find the net and score goals.

“When we talk in the past about the squad, look now – now we need to see how they are important.

“Players like Vincent and Son, who haven’t played in the last few weeks in the starting XI, may now be important for us.”