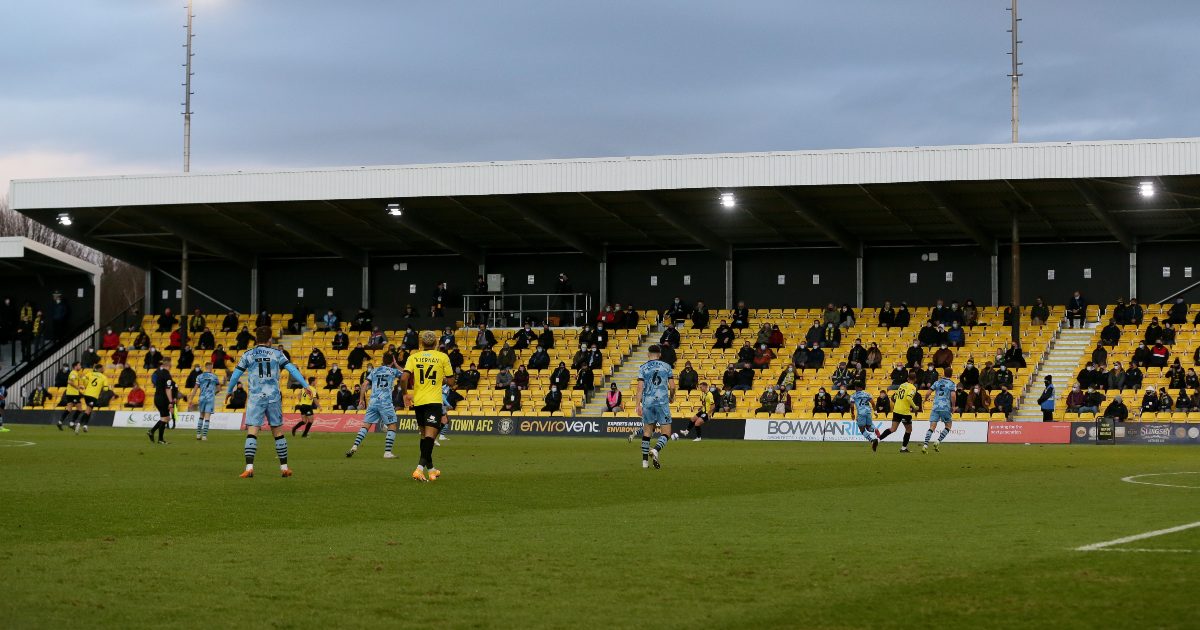 Rebecca Welch is set to become the first female referee to officiate a game in the EFL as she takes charge of Port Vale’s trip to Harrogate on Easter Monday.

The PA news agency understands she is set to officiate the League Two game between Harrogate and Port Vale on Easter Monday.

Welch has officiated seven National League games this season, but will create history by refereeing the match at the The EnviroVent Stadium next week.

FEATURE: ‘We have a duty’ – How Romance FC are using football to empower women

Welch told Sky Sports News: “I am still kind of trying to let it sink in at the minute. I got the news on Saturday and still haven’t come back down to earth.

“It’s very exciting, it is really good for me and the next steps of my career. I am very fortunate to be given this opportunity and really excited.”

Amy Fearn was the first woman to referee an EFL game as she came on as an injury replacement in the 2010 Championship game between Coventry and Nottingham Forest.

But Welch is the first to be given a game from the off.

She added: “My dad is my biggest fan so pre-Covid he came to every single game, he was over the moon. My mum doesn’t know a lot about football so she is excited but I don’t think she knows why she is excited. They are really proud so that is really nice.”