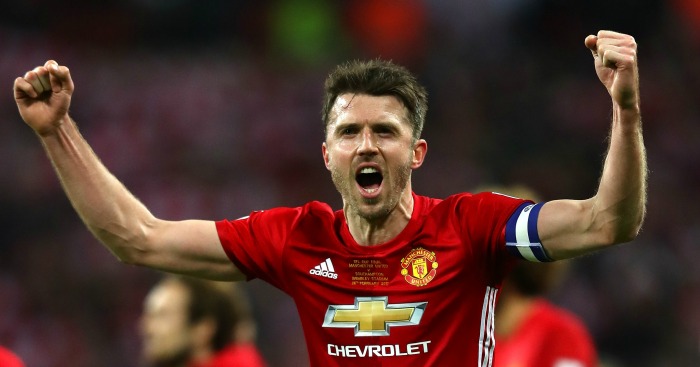 Arsene Wenger admits that never managing Michael Carrick is ‘one of his regrets’ in football.

With Manchester United’s Europa League win in May, Carrick has now won every trophy available to him since moving to Old Trafford in summer 2006.

The 35-year-old was afforded a testimonial for his decade of service at the club on Sunday, and he earned a one-year contract extension for his performances this past season.

Speaking ahead of Sunday’s game, Wenger paid tribute to the midfielder’s talents by admitting his regret at never managing him.

“I give Michael my deepest congratulations for his testimonial,” Wenger told Arsenal.com. “I think he deserves it hugely.

“I would say personally I’m an admirer of his career, of his quality.

“One of my regrets is never having had him as a player because I think he was one of the greatest players in English football.

“I believe as well that he did not always get the reward and the tribute, the recognition he deserved.

“But I’m an admirer of Michael and I wish him all the best for the future.”