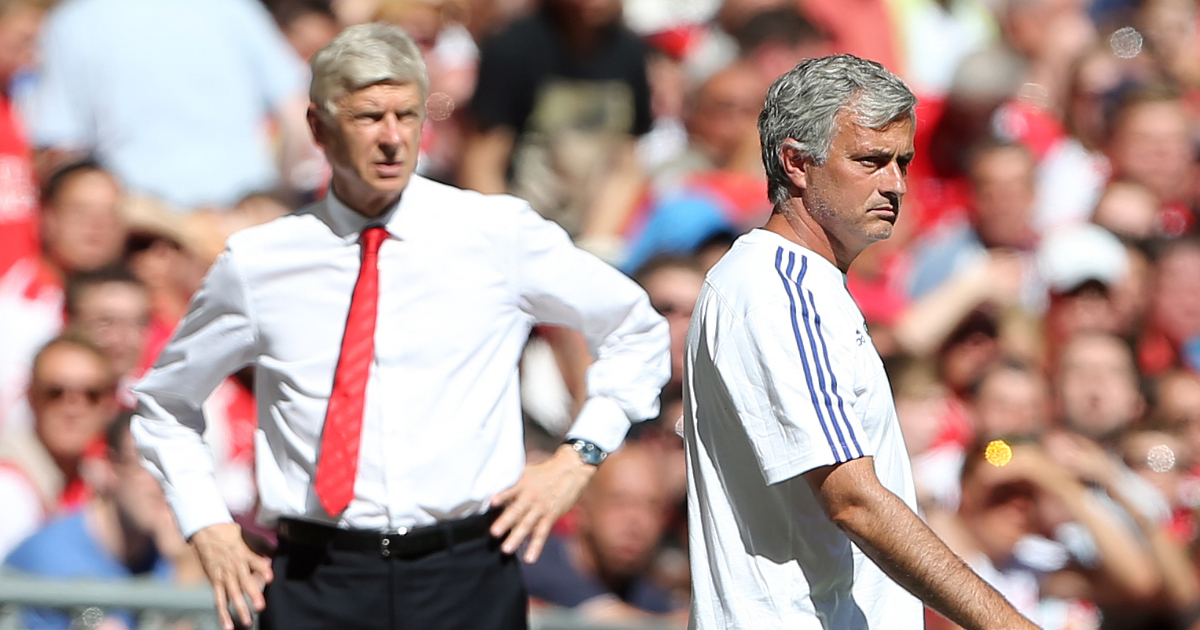 Arsene Wenger and Jose Mourinho have both slammed the decision to award England a penalty in their extra-time victory over Denmark in Euro 2020.

Their semi-final triumph is the first time the Three Lions have reached the final of a major tournament since 1966.

England went 1-0 down through a wonderful Mikkel Damsgaard free-kick before a Simon Kjaer own goal sent the match to extra-time.

Denmark struggled from the 70th minute onwards as England piled on the pressure.

The decision was reviewed by VAR, but the penalty stood.

Harry Kane missed the spot-kick but converted the rebound to send Gareth Southgate’s men into their first European Championship final.

The penalty decision has sparked large debate throughout the football world, and former Premier League managers Wenger and Mourinho have claimed that it should have been overturned.

“No penalty. I don’t know why they didn’t ask the ref to take a look,” Wenger told Bein Sports.

“In a moment like that it’s important that the referee is absolutely convinced, it was not clear enough. VAR has let the referee down.”

Ex-Chelsea boss Mourinho told TalkSport: “It was never a penalty! The best team won, England deserved to win, they were fantastic.”

Kane discussed what it meant to reach the final: “We dug deep and we got there when it mattered.

“We reacted really well. We’re in a final at home. What a feeling.

“We know it’s going to be a very tough game against Italy we’ve had a great tournament so far. One more game to go at home and we can’t wait.”

Manager Gareth Southgate has described the night as an “incredible occasion” but has quickly switched his focus on Sunday’s final.

“There’s one more, massive hurdle to try to conquer. [Italy] are a very good side.

“They’ve shown outstanding form and have defensive warriors at the back who have been through everything. It’s something to look forward to. Finals are to be won.”