Home Liverpool Wenger: Anfield is ‘the most heated stadium in Europe’ 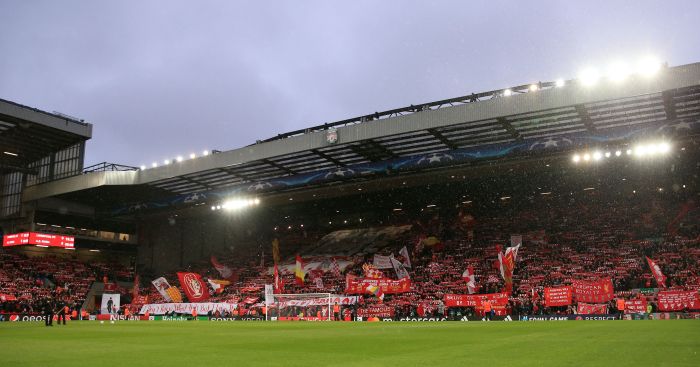 Arsene Wenger has called Anfield “the most heated stadium in Europe in a return game” after Liverpool’s stunning Champions League comeback against Barcelona.

“In Europe they do well. Why? Anfield,” Wenger told beIN Sport.

“[For a] home game, this is the most heated stadium in Europe in a return game. It is the only place you don’t want to go.

“The atmosphere – everything – is special there.”

Asked where this remarkable victory ranks, Liverpool manager Jurgen Klopp said with a smile: “Top three. “It’s a special night, very special. Winning against Barcelona is obviously one of the most difficult things in the world of football.

“Winning against Barcelona when you’re 3-0 down, makes it not easier.

“We had to score four goals and was not allowed to concede pretty much.

“We made it more difficult, so we didn’t really think about it to be 100 per cent honest.”